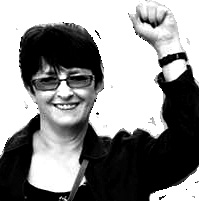 When the phrase ‘charity begins at home’ was first coined, the definition of ‘charity’ was a little different.

From Roman times up until recently, ‘charity’ wasn’t necessarily about giving alms. It was more of a state of mind, a mentality of kindness and benevolence.

The word ‘charity’, and the more general ‘love’, are both translated from the Greek word agape.

These days, the phrase is mostly used by people who don’t see why any of our (their?) money should go overseas when there’s so many people dying of starvation/monsoons/ebola in this country.

I exaggerate only a little.

Also, those who think this way have ignored the word ‘begins’ which isn’t the same thing as ‘begins and ends’.

Mine is a two-bed maisonette rented from a housing association. On an ex-council estate where I’ve lived for 26 years (longer than I’ve lived anywhere), in Islington. London. England/UK. Europe/EU. The World.

So where does ‘home’ end and ‘other people’s home’ begin? Surely the whole planet is ‘home’?

I’ve seen and heard some shockers on this topic.

The person who stated, if she couldn’t find another parent to pass on her children’s outgrown clothes to, they’d go in the bin (and into landfill) because: ‘I don’t trust charities, you never know how much actually gets to the needy and anyway, why send money overseas when charity begins at home?’

The Royal National Lifeboat Institution, you know, that charity that pays for lifeboats and usually have collecting boxes and shops selling nautical souvenirs, recently set up a special fund to help people in (shock, horror!) other parts of the world.

The funds will save lives by teaching people in flood-risk areas to swim, they’ll also help people in these areas set up nursery schools for children who might otherwise be left to their own devices while the parents attempt to earn a living.

The complaints that the RNLI got from people who took great offence at this altruism.

I would think that no one in the UK drowns because the funding for the lifeboat which would have saved them instead went to a poor community in Bangladesh. It’s not as if giving to charity is compulsory although from the reaction from some people you would think it was.

Then there’s the issue of a charity having paid staff.

As long it is perfectly clear how much money goes into staff remuneration, I don’t see what’s wrong with this. A multi-million-pound charity would clearly need more than some volunteers doing their good deeds in the local charity shop.

However, if you really object to supporting a charity which pays its staff a living wage (or in the case of some charities’ CEOs, considerably more, but not quite what they could earn in private industry), then don’t support them, and send all your donations to the local city farm, hospice (though I bet the local hospice has paid staff) or other project.

Do we in the UK (sixth-wealthiest country in the world, I think?) have a duty to help the less well off? Of course, whenever we can. Do we have to? Clearly not. But what does it say about you if you refuse to consider it or make excuses?

Personally, I rarely give to charities as such. My ‘giving’ is usually to campaigning organisations (CND, WILPF, Fawcett, Living Streets, conservation charities such as Wildlife Trusts) and I tend to stay away from charities which fund projects which really ought to come from the public purse (unless they’re involved in research, maybe) though I have supported those with a personal connection. It’s what you do.

Well, some of us anyway.