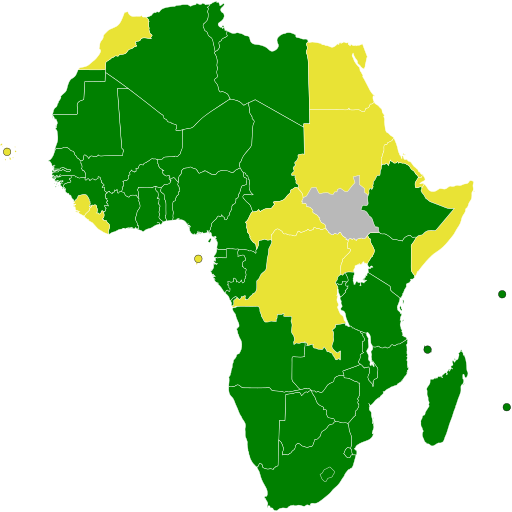 Racism and colonialism are at the heart of the peace movement's main issues, argues Milan Rai

Imagine that you’ve just packed a whole lot of people into a crowded hall for a public meeting you’ve organised.... And then you get the feeling that behind you is yet another person who wants to get in, who you’re somehow going to have to squeeze into standing at the back of the room.

Imagine a situation when you realise that, actually, this extra person who you sensed was there – an indigenous woman from Indonesia maybe, perhaps an Iraqi man from the southern marshes, someone of colour – is already in the hall.

They’re sitting on the stage, waiting to address the meeting. They’re the keynote speaker but you hadn’t realised it, or called on them to speak – yet.

That’s the realisation I wish for the peace movement in relation to racial justice. It’s not an extra task, any other business to tack onto the end of an already over-long agenda. It’s at the core of what we’re trying to do.

As the peace movement grapples with the challenges of making anti-racism more real, perhaps we can learn from the debate that’s gone on in the history profession about ‘decolonising history’.

A historian at SOAS in London, Eleanor Newbigin, pointed out last year that: ‘Far from “cutting” white men or white peoples out of history, as some critics have argued, the call to decolonise history requires us to look precisely at why [some] stories have come to dominate our understanding of what counts as history, and how this view of history reflects the prejudiced hierarchies of empire that should have no place in today’s democratic society.’

According to Newbigin, decolonising history doesn’t mean no longer teaching about the Tudors; it might mean, for example: ‘Teaching about the Tudor kingdom as a contemporary of the Mughal empire and Ming dynasty [something which] would help students to see that the 16th century marked a period of powerful state-building right across the globe.’

I believe that it is important, for the peace movement, to understand that the birth of the British nuclear arsenal didn’t just happen at the same time as its brutal colonial wars and formal decolonisation, but was directly connected to Britain’s desire to continue dominating key parts of its former colonial empire.

That’s something I plan to explore in future issues of PN.

The royal historical society (RHS) put out an important report in 2018 on Race, Ethnicity & Equality in UK History. I don’t think any British peace organisation has ever put out anything comparable, but I’d love to be corrected on this.

The report emphasised increasing ‘BME diversity and inclusion’ among RHS speakers and authors and in the membership of the RHS at different levels, as well as promoting ‘race and ethnicity equality’ in the profession. More historians of colour, in other words.

These are all important goals, and the RHS should be applauded for having set such goals, created working groups, and committed to annual reports on its progress.

However, there wasn’t much about ‘decolonising the curriculum’, the heart of the issue.

Six women historians with interests in empire or decolonisation suggested in History Workshop Journal in February that: ‘rather than occurring through tokenism or the one-off “flipping”of reading lists and course themes’, decolonising history means ‘sustained, critical study of empire, power’ and political conflict.

This conclusion was based on their own experience of teaching history at university.

If we can see an analogy between ‘decolonising history’ and ‘decolonising the peace movement’, we might learn something from that warning about ‘one-off “flipping”’.

It could be read as a suggestion to peace groups that a commitment to racial justice means not just a long road, but also looking again at what we think we’re campaigning about.

Get to the core

If you’re based in Britain and your main focus is opposing war, then, overwhelmingly, for the longest time that means you have been opposing British military intervention, or threats of war, against countries in the Global South.

The British military today, and for centuries, has been designed to inflict lethal force across the world in order to secure Britain’s ‘vital interests’ as they are defined by the British state.

Those ‘vital interests’ have, for centuries, centred on the right of wealthy British investors to exploit the material resources, the workers, the consumers (and in more recent times, the financial capital) of nations in what we now call the Global South.

If you’re based in Britain, and your focus is opposing the export of British weapons to other countries, you can see things in one of two ways.

One perspective is that arms companies have too much influence over the government, and they distort public policy in their favour.

Another, I think more accurate, picture, is that arms sales are, to a large extent, a foreign policy tool of the government, another way of helping to protect Britain’s ‘vital interests’.

From one angle, things are basically okay, but some greedy, socially-harmful companies have got more power than they should.

From another angle, the whole structure is set up for violence and exploitation.

Weapon systems help client states to reinforce their power, so that they can maintain investor-friendly conditions (breaking up trade unions, allowing profits to be hoovered up and sent home without interference, keeping commodity prices at the right level, and so on).

In other words, the British state uses arms sales to support its continuing colonial, exploitative, dominating relationship with much of the world.

Racism and colonialism aren’t additional extras that need to be tacked onto the end of the peace agenda. They’re right at the heart of the main issues.

I argued last issue that this is true also of nuclear disarmament.

The former Pentagon planner, and leaker of the Pentagon Papers, Daniel Ellsberg, has written: ‘Again and again, generally in secret from the American public, U.S. nuclear weapons have been used.... in the precise way that a gun is used when you point it at someone’s head in a direct confrontation, whether or not the trigger is pulled.’

This is also true of the UK – and those ‘direct confrontations’ have been with non-nuclear-weapon states in the Global South, like Indonesia, like Iraq.

Way back in November 1993, Britain’s then defence secretary, Malcolm Rifkind, admitted that firing a Trident missile loaded with a dozen 100 kiloton nuclear warheads would be seen as an overreaction to most international conflicts.

It was therefore important, Rifkind said, for the ‘credibility’ of the nuclear ‘deterrent’ that Britain had ‘the capability to undertake a more limited nuclear strike’ in order to deliver ‘an unmistakable message of our willingness to defend our vital interests to the utmost.’

That meant loading Trident submarines with at least one missile carrying just a single warhead, a warhead with a dialled-down, much lower explosive yield – nicknamed ‘Tactical Trident’.

That would be a much more credible threat against a non-nuclear-weapon state in the Global South....

Next issue, we’re going to be looking at the issue of nuclear warheads, and also at the very birth of the British Bomb, with a ‘decolonising’ perspective.

You can tell from the quote marks that I’m not very keen on the word ‘decolonising’ – or on the words ‘postcolonial’ and ‘decolonial’, come to that.

I think that what these words mean is hugely important, but the words themselves get in the way of us all joining together to do what we need to do next.

There is a class dimension here. People from professional-middle-class backgrounds use complicated words to pretend that they’re better than other people. This is just not true. Also, what we need right now is humility and and hard work, not hard-to-understand words.

These words delay the moment when the bulk of the peace movement is ready to hear the speaker already on the platform.