‘A perpetual motion machine of killing’ 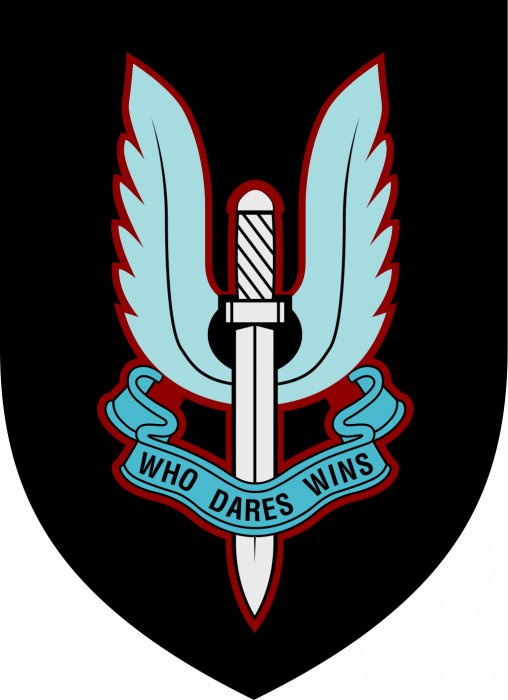 On 1 August, a rare in-depth investigative piece appeared on the BBC News website based on credible and serious allegations that UK special forces had executed unarmed civilians in Afghanistan.

The BBC article was produced in tandem with a report, ‘“Rogue SAS Afghanistan execution squad” exposed by email trail’, published by the Sunday Times.

The allegation, by two senior officers, is that there was a ‘deliberate policy’ of British special forces illegally killing unarmed men in Afghanistan under the pretext of assassinating Taliban leaders.

The new revelations were based on documents recently released to solicitors Leigh Day as part of an ongoing case at the high court brought by an Afghan man, Saifullah Ghareb Yar. He says that four members of his family were shot dead in rural Helmand in a ‘night raid’ in the early hours of 16 February 2011.

The UK government claims that the family members were ‘killed in self defence.’ But the newly-released documents contradict this assertion. As the BBC article noted: ‘Just hours after the elite troops had returned to base, other British soldiers were exchanging emails describing the events of that night as the “latest massacre”.’

In other words, this was not the first such case where killings of unarmed civilians by special forces had taken place.

Saifullah’s family were asleep at 1am when they woke suddenly to the sound of helicopter rotors, followed by shouting through megaphones. Saifullah was a teenager, caught in the middle of a special forces ‘kill or capture’ mission.

He told the BBC what happened: ‘My whole body was shaking because of the fear. Everyone was frightened. All the women and children were crying and screaming’.

His hands were tied and he was put in a holding area with the women and children.

“Perhaps the most appalling case was the brutal killing of four boys shot dead while they were sitting drinking tea.”

The BBC report continued:‘He had not been there for long when he heard gunfire.

‘After the troops had left, the bodies of his two brothers were discovered in the fields surrounding their home. His cousin had been shot dead in a neighbouring building.

‘Going back into his house, Saifullah found his father, lying face down on the ground.

‘“His head, the forehead area, was shot with many bullets, and his leg was completely broken by the bullets”.’

You couldn’t make it up

The official UK special forces report on the killings claimed that the British soldiers had been threatened by the Afghan men brandishing weapons.

In particular, the official report claimed that, after initially securing the compound, the soldiers went back in to search the rooms with one of the men they had detained. This man, said special forces, suddenly reached for a grenade behind a curtain.

Their report stated: ‘He poses an immediate threat to life and is engaged with aimed shots. The assault team members take cover. The grenade malfunctions and does not detonate.’

Another of the four Afghan men was killed when told to go into another building to open the curtains, said special forces. He supposedly emerged with a rifle and was then shot dead.

The official account of the killings, noted the BBC, was ‘met with suspicion by some in the British military.’

The more detailed article in the Sunday Times includes the disbelieving response of a senior officer reading the special forces’ version of events: ‘Basically, for what must be the 10th time in the last two weeks, when they sent [an Afghan man] back into the [building], to open the curtains(??) he re-appeared [sic] with an AK [AK-47 assault rifle].’

An internal army message included a summary of the official special forces report and concluded by saying: ‘You couldn’t MAKE IT UP!’

However, it appeared as though special forces had made it up.

The serious allegations in the BBC and Sunday Times articles followed a BBC Panorama programme, ‘War Crimes Scandal Exposed’, last November in the wake of the government’s announcement that investigations into alleged war crimes in Iraq and Afghanistan would be closed, before a single soldier had even been prosecuted.

Panorama worked with the Sunday Times Insight team, revealing ‘evidence of a pattern of illegal killings by UK Special Forces.’

In the programme, BBC reporter Richard Bilton met UK detectives, formerly of the Iraq Historic Allegations Team (IHAT), who spoke for the first time about how they were prevented from prosecuting soldiers suspected of serious crimes.

These detectives believe that the ministry of defence and senior military officers were involved in the cover-up of torture and illegal killings. This happened in both Iraq and Afghanistan.

When the government announced IHAT would be shut down in 2017, it also decided to end an investigation, Operation Northmoor, into alleged war crimes in Afghanistan.

Bilton: ‘Northmoor’s team of detectives had been investigating allegations of executions by British Special Forces. They had linked dozens of suspicious killings on night raids. But Northmoor was closed before they even interviewed key Afghan witnesses.’

He added: ‘Some of those killed were undoubtedly members of the Taliban. But the UN has concluded that Coalition forces killed more than 300 innocent civilians.’

This is a shocking statistic.

Perhaps the most appalling case Panorama investigated was the brutal killing of four boys in the Helmand village of Loy Bagh in October 2012, shot dead while they were sitting drinking tea.

Instead, they attempted to pin the blame on Afghan forces, a common evasive tactic: ‘Detectives say UK forces were falsely attributing suspicious deaths to Afghan forces, so British troops wouldn’t be investigated.’

The British soldier who shot the four boys later claimed to UK detectives working for IHAT that he shot two of the boys because they were standing and pointing weapons at him, and he shot at the other two ‘when they appeared out of the shadows’.

But the evidence of bullet holes low down in the room was inconsistent with his account. The boys had been sitting, just as claimed by Afghan witnesses, not standing.

Such clashes with evidence and testimony from the scene of killings fit a pattern of official accounts of raids written up afterwards by UK special forces alleging ‘self defence’.

Former intelligence officer Frank Ledwidge told Panorama that the night raids were a ‘perpetual motion machine of killing and capturing’.

Former Operation Northmoor detectives believe the case brought by Saifullah Ghareb Yar (see above) is part of a pattern of cover-ups they were investigating.

They allege that the British military and the government have covered up numerous murders by closing down IHAT (in Iraq) and Operation Northmoor (in Afghanistan).

What response to these revelations was there from, for example, Mark Urban, diplomatic and defence editor for BBC Newsnight, who has spent years reporting on Iraq and Afghanistan, very much from within a propaganda framework aligned with UK government policies and interests?

On 3 August, we checked Urban’s Twitter account and noted that he had made only the most cursory reference to the allegations. We asked him via Twitter that day why he was not drawing attention to these important allegations of UK special forces executing unarmed civilians?

Urban did not reply. This contrasts with the early years of Media Lens when Urban – as well as other high-profile ‘mainstream’ journalists – would engage in substantive email exchanges with us.

The focus was not the shocking execution of unarmed civilians, but on how the revelation of secret emails about special forces operations in Afghanistan was: ‘causing recriminations within the Ministry of Defence, with a process starting this week to re-examine how ministers were kept in ignorance of their content.’

The emphasis of his report was the ‘fresh worries’ in the ministry of defence about the revelations and the stressful impact on army veterans.

The piece mentions allegations of ‘a deliberate policy… to engage and kill fighting aged men on target even when they did not pose a threat’, but was shorn of details of the killing of unarmed civilians.

This fits a pattern of Urban’s reporting.

We have been unable to find anything substantive about the impact of special forces’ operations on Afghan and Iraqi civilians in his Twitter timeline, his BBC blog, or anything he has published online or in any newspaper.

There is a longer version of this article on the Media Lens site: www.medialens.org

David Cromwell and David Edwards are the editors of Media Lens, a media monitoring group which was awarded the Gandhi Foundation International Peace Prize in 2007.