The myth of the ‘statue-toppling spree’﻿ 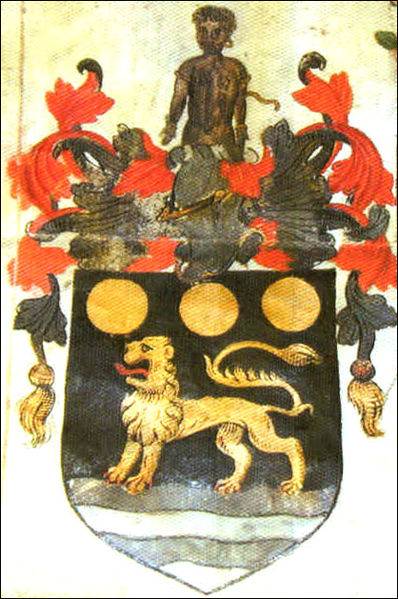 Arms granted to John Hawkins in 1565, for the massive profits he made in the slave trade. PHOTO: William Harvey / Public domain.

Perennial warmonger and Rupert Murdoch hack, David Aaronovitch continues kicking away at the now-defeated Jeremy Corbyn’s attempt to take charge of the British state. The Johnson-Cummings duo routed Labour more than six months ago in an electoral landslide which on paper guarantees a Tory government for at least the next five years.

But old habits die hard and Aaronovitch not only wants Corbynistas defeated but well and truly buried to the extent that such an egalitarian threat never arises again.

In a Times articles, at the beginning of July, Aaronovitch singles out Corbyn’s predecessor, Ed Miliband, for special attention, claiming that the ‘magic seeds of the Corbyn beanstalk were sown in a period when Mr. Miliband distanced himself from his immediate Labour predecessors….’

Truly shocking that Miliband had wanted to irrationally distance himself from none other than Tony Blair. What type of moron would want to do that?

Tony Blair before becoming Prime Minister had endeared himself to Aaronovitch’s sugar daddy, Murdoch by travelling half way across the world to deliver a speech at a Murdoch conference. When Blair unleashed the dogs of hell and invaded Iraq, the Murdoch media were his leading cheerleaders and the great media mogul had declared him ‘extraordinarily courageous’.

What was important for Murdoch was that the price of a barrel of oil would be reduced to $20 which when trickled down to the West would be the equivalent to a tax cut. Murdoch said in February 2003: ‘The greatest thing to come out of this [invasion of Iraq] for the world economy, if you could put it that way, would be $20 a barrel for oil. That’s bigger than any tax cut in any country.’

Needless to say and unlike Corbyn, Aaronovitch was fully on board in the war on Iraq and he seems to be no less a propagandist on domestic events than he is a warmonger.

In the same recent article, Aaronovitch also claims there has been a ‘statue-toppling spree’ in the UK recently.

Now, admittedly, there has been a healthy debate in Britain for the first time in its history about colonial statues – largely as a result of the US uprising led by the Black Lives Matter (BLM) movement, after the killing of George Floyd in Minneapolis in late May 2020. But a ‘statue-toppling spree’! Really?

A quick internet search to find the exact definition of ‘spree’ reveals that it can mean: ‘a short period of doing a particular, usually enjoyable, activity much more than is usual’. Or it can mean: ‘an unrestrained indulgence in or outburst of an activity’.

The enslaver Edward Colston’s statue in Bristol was genuinely toppled and the authorities pre-emptively removed the statue of another enslaver and sugar plantation owner, Robert Milligan, in London Docklands. Oriel College, part of Oxford University, has also now agreed to remove the imperialist Cecil Rhodes from one of its buildings.

By no stretch of the imagination is this a ‘spree’. Only one statue was toppled.

Besides these events, another important but much under-reported change occurred in Plymouth.

Two days after the Edward Colston statue was toppled, Plymouth council proposed to rename Sir John Hawkins Square. Hawkins is now a forgotten figure, but he was the first British state-sanctioned pirate and enslaver under queen Elizabeth I.

On his second voyage to the west African coast, Elizabeth lent him the Jesus of Lubeck from her fleet to enslave Africans and then trade them in what is today referred to as South America.

As historians Susan Ronald, Kenneth Andrews and others have argued, modern English foreign policy begins here in the 1560s.

It was the pirates of the late 16th century that established the foundations of the empire that led to the further capturing and enslaving of Africans, the colonising of the Caribbean with plantations and also expeditions to the far East.

In conclusion, over the last 55 years, it has been the convention to erroneously argue that contemporary British imperialist foreign policy is rooted in the UK’s establishment’s subservience to the United States but now the BLM movement may allow us to realise that British warmongering today, whether in Iraq, Libya or elsewhere is actually rooted in British history.

Arms granted to John Hawkins in 1565, for the massive profits he made in the slave trade. PHOTO: William Harvey / Public domain.

Nu’man Abd al-Wahid, author of Debunking the Myth of America’s Poodle: Great Britain Wants War, is an independent researcher specialising in how the UK has historically maintained its political interests in the Arab World. Twitter: @churchillskarma