Raquel Varela, A People’s History of the Portuguese revolution 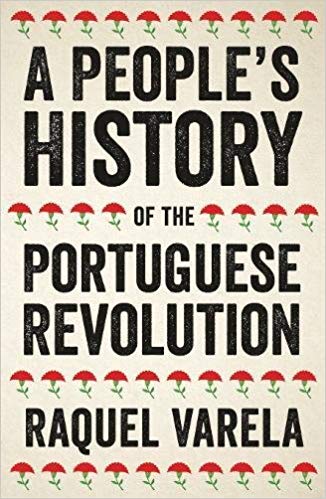 ‘Never have so many people decided so much in Portugal as between 1974 and 1975’. The peaceful revolution which kicked off this period, on April 25th 1974, is extraordinary. Not a single shot was fired by the revolutionaries, who risked everything to oust the country’s fascist regime and push the backwards state into the future. Raquel Varela is right to celebrate what followed, not just the day of the revolution. Workers took control of the factories, strikers won long sought-after rights, and after being systematically shoved aside by the state, women were finally allowed passports, driver’s licenses and the vote. Portugal, one of Europe’s most illiterate societies, saw a turnout of 92% in the 1975 election.

Yet none of the above was revealed to me in this thoroughly charmless book, which manages to transform ecstatic events into a dreary, uninspiring 350 pages. Moreover, in keeping with Portugal’s all-too self-congratulatory approach to its past, there is a telling absence. Portugal’s Estado Novo (‘New State’, 1926 - 1974) was Western Europe’s longest dictatorship on record. What kept it in place for so long was not merely its own machinations and repressive measures, but the passivity and complacency of the people themselves are also to blame. It is this period – concerning which Varela demonstrates a complete lack of self-reflection - that the Portuguese need to face up to.

We have been hearing stories about the great men of history – and the predictable grand events that are supposed to have shaped our lives – for far too long. Varela is commendable at least for shaping her prose with voices from the grassroots. Unfortunately though, the spirited momentum that Howard Zinn provided in his justly famous People’s History of the United States is rarely achieved by Varela, who cultivates convoluted thorn-bushes of prose, bristling with opaque explorations that forget the subheadings they spring from.

Some elements of the dictatorship’s propaganda thrives today in Portugal. Most will tell you that their country was ‘neutral’ during World War Two, and that their dictatorship was far milder than their neighbours. In fact, the regime profited from selling to Hitler as well as to the Allies and Portugal was far from ‘uninvolved’ in the War. The education policies of the prominent dictator, Salazar, made sure that his people were ignorant, and his ‘success’ on this front has survived his death even to today. In schools and universities, the Portugal’s young people have their imaginations squashed and dampened. This book is an indirect but educated expression of such myopic outlooks; instead of celebration alone, Portugal needs a mirror to reflect back to itself its less appealing aspects.

We can’t be selective when reading our histories. In order to move on, we need to first explore what might enable tyranny to endure for so long.