Lorenzo Marsili and Niccolò Milanese, Citizens of Nowhere: How Europe Can Be Saved From Itself 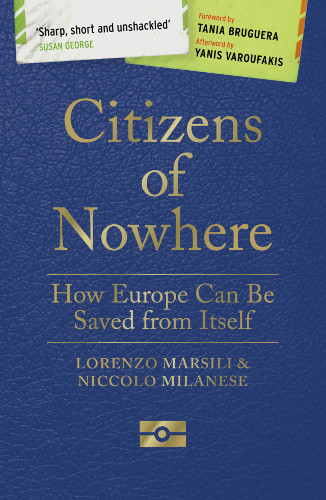 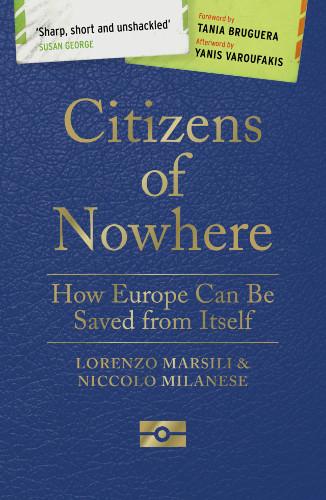 This short book addresses current feelings of disempowerment in Europe and shows us how to solve the crisis of the nation-state: together!

The writers are founders of the transnational European Alternative movement which promotes democracy, equality, and culture beyond the nation-state.

For Marsili and Milanese, Europe is a multitude of paradoxical things.

It is the European elites saving the banks rather than their citizens during the 2008 financial crash and forcing Greece’s progressive party Syriza into economic submission.

But it is also, at the same time, the attempt to halt the existence of multinational tax havens in the European Union. Mostly, Europe is a ‘process and pursuit’.

As the writers underline, ‘our democracies are less and less capable of transforming dissent into coherent political alternatives… [and instead, transform] political debate into a parodical and ineffective distraction.’

Marsili and Milanese link this lack of agency to the rise of right-wing populist figures like Hungary’s Viktor Orbán and Italy’s Matteo Salvini who provide a ‘morbid feeling of empowerment.’ [‘Agency’ is often used to mean people’s ability to make choices freely, to act independently, and to affect the course of events – ed.] The ascendance of right-wing populists to power gives the illusion of change – but only for a while.

If the way out of this crisis is to regain ‘the political agency to influence the course of our collective future’, then, Masili and Milanese argue, it needs to occur beyond the nation-state.

The concept of nationhood is, they claim, one that the global neoliberal economy relies on to hide its real operations.

One example is the existence of multinational tax evasion in Europe. While the European parliament is well aware of the injustices that the system produces, the logic of interstate diplomacy has created ‘a widespread pattern of systematic obstructions among national states to conceal information, with states regularly jealously protecting their corporate sweethearts and their cosy deals.’

Another example is the closing of EU borders to keep out foreigners, effectively making citizenship something ‘exclusive’ and working to ‘undermine citizenship as a form of political agency, and turn it into a mere status of social distinction.’

In these two examples, the concept of the nation acts as a brake on genuine progressive action.

So the question is: how do we withdraw support from neoliberalism? [Neoliberalism stands for a more ‘free market’ version of capitalism. Hallmarks include: public spending cuts, privatisation, deregulation, and prioritising the free flow of investments and profits over the protection of the environment or human welfare – ed.]

Neoliberalism is supported by central banks, law courts and trade agreements, as well as by military, security and media power. One nation cannot, and will not, fight it alone. A transnational solution is therefore needed.

A proudly utopian work, this book carries the reader with ease through an engaging analysis of the main issues facing Europe today.

The last chapters provide a blueprint for a constituent assembly that could create a democratic constitution for Europe. It will infuse the reader with new ideas about how we can re-gain political agency, providing a rallying cry for citizens to roll up their sleeves and join arms.