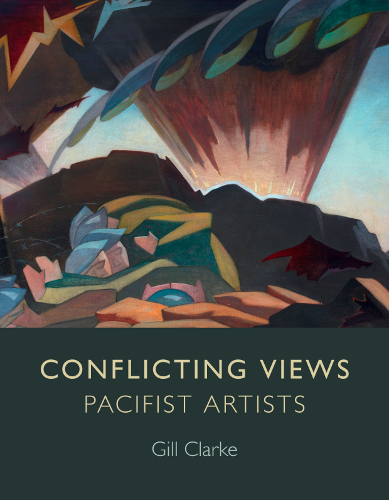 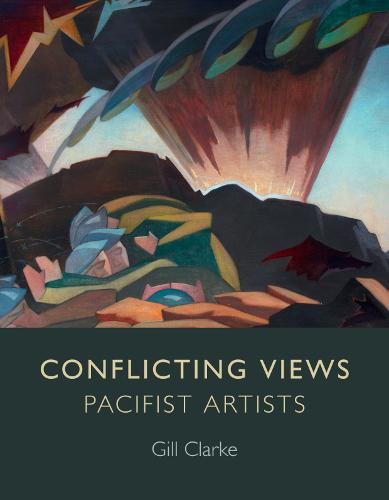 This beautifully-illustrated book documents the lives of 44 artists who were conscientious objectors (COs) and pacifists in the two world wars.

In a series of monographs, Gill Clarke gives us a valuable insight into lives lived and shaped by political and spiritual objections to killing and the war machine.

She gives us a very particular record of the development of creative lives: how artists made a living; the political and social communities of artists; and the impact of war resistance on them – such as ruined hands from breaking rocks 10 hours a day.

This happened to Percy Horton, a working-class art student in Brighton who joined the Labour Party and the No-Conscription Fellowship in 1916, was given two years hard labour in Edinburgh. He was eventually hospitalised.

After the war, Horton gained a distinction at the Central School of Art, worked as a schoolteacher, volunteered three nights a week at the Working Men’s College, taught at the Royal College of Art and eventually became the Ruskin Master of Drawing at Oxford University.

Horton contributed regularly to Left Review, which was ‘the leading voice for the “art as propaganda” school of leftist literary thought… [and] attempted to confront seriously the aesthetic issues raised by political art’.

The work of some of the other artists with these views, such as Arthur Wragg, could be found in early issues of Peace News.

A notable omission from this selection is Royle Richmond, Percy Horton’s friend and fellow student, who died in prison from hard labour. Were there other artists whose lives and possible careers were destroyed by war?

Some struggled against war because of their anti-militarist politics and some because making art was the driving force in their lives.

Mark Gertler wrote: ‘I shall paint as long as I can. As long as I am not forced into this horrible atmosphere I shall work away’. And, of course, one of the paintings that he produced in 1916 while dreading the call-up was the great anti-war picture, The Merry-Go-Round.

This book reveals a fascinating difference between the grounds accepted for CO exemption in the First and Second World Wars.

Like Gertler, Victor Pasmore was desperate to keep painting during the Second World War. He eventually got CO status through the support of Clive Bell, Augustus John and Kenneth Clark, who stated that his first duty to society was to paint.

Some tribunals accepted that artists such as Lawrence Gowing and Arthur Wragg were ‘convinced that their real contribution to world betterment lay through their art’.

At that point in the war, there was a perception that ‘freedom’, cultural integrity, British liberal traditions and modernist thought were being protected from fascism and that maintaining a rich cultural life was part of that struggle.

Interestingly, this sophisticated outlook was absent in the so-called ‘Great War for Civilisation’ a couple of decades earlier.

Perhaps because Germany had been viewed as such a great European centre of culture and learning in the centuries leading up to the war, it would have been hard to counterpose ‘civilised’ Britain against ‘philistine’ Germany. Moreover, the First World War was not framed as a fight of ideologies as was the Second World War was.

This book gives us just a sample of artists who were war resisters. It would be interesting to know what proportion of COs were artists. Were they over- or under-represented compared to other occupations?

Although it lay outside the frame of this book, I was also curious about the impact of conscientious objection and pacifism on the lives and artistic careers of the wives and partners of these men. There are tantalising references to Agnes Miller Parker, Dod Procter, Laura Knight and Vanessa Bell among others. I look forward to a sequel to this excellent book.