Wake up, wake up 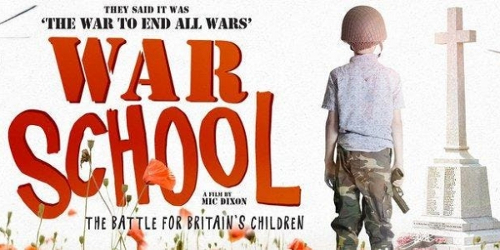 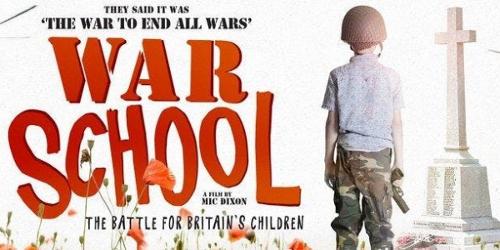 Militarism. The word means nothing to much of the population, but it's everywhere; almost every place in the UK has a war memorial,

During Remembrance, you can't avoid it: red poppies, cenotaphs, the 'Last Post', and cadets everywhere. These scenes open War School, a film by Mic Dixon about the battle for the hearts and minds of Britain's children, a battle that is fought with militarism.

Parades, air shows, Armed Forces Day – they are all pomp and circumstance designed to excite the masses. Children are given guns to 'play with' and uniforms to march in. The British are not a peaceful people.

Ben Griffin, founder of Veterans for Peace (VfP) UK – best remembered for throwing his medals at the gates of Downing Street – was one of those children hooked by militarism.

He dreamed of soldiering. Soldiering nearly broke him.

He finds the ‘remembrance’ period difficult because, for him, and for every other veteran I have ever spoken to, remembrance is a year-round affair. It is not parades, marching or wreaths of red poppies, it is waking up screaming, despair and grief.

On some level, the public knows this.

Two generations ago, London was the front line. Everyone carried terrible memories of The War.

So why do we allow this sanitising of our collective experience? Why would anyone allow their eight-year-old to handle an SA80 assault rifle?

Militarism is the short answer. Militarism didn't come out of nowhere. It is creeping and insidious and penetrating deeper into our culture.

It has become taboo to criticise the armed forces, even when criticism is constructive. But some people noticed; Quakers contacted Quaker Peace & Social Witness, concerned about the military in schools, sport and the pageantry of Armed Forces Day. QPSW spoke to ForcesWatch, and the seeds for War School were sown.

ForcesWatch discovered government plans to influence civil society to recruit for, and fund, the military using £100 million of taxpayers' money.

Cadet units, often situated in disadvantaged schools, are an integral part of these plans.

Children are encouraged to leave school to join up (a third drop out, without qualifications).

Recruits are subjected to constant stress during basic training, a kind of brainwashing designed to make them compliant killers. This brainwashing creates the monstrous soldiers who haunt the pages of British history.

In War School, Griffin is brutally honest about what military training did to him.

Yet the advent of the tactics used in Iraq felt 'dark' – even after Northern Ireland. That was the end of Griffin's military career.

Military training creates few transferable skills, despite what recruiters say. Unemployment is just the first stumbling block for most veterans.

Post-traumatic stress disorder destroys mental health and relationships alike. The oddity of 'business as usual' and the lies of politicians and generals, lead some to speak out.

Combat Stress, the veterans’ mental health charity, helped Griffin to see a way forward, and he began to think about forming Veterans for Peace UK. He is driven by an unwavering belief that people should know the truth of what they are being asked to do when they join up.

Veterans for Peace, jaws set in sad determination, marching past the Cenotaph completely without pomp or circumstance, their blue hoodies emblazoned with 'War is organised murder' is the most genuine act of remembrance many have seen.

VfP tradition is that the youngest member lays the wreath of white poppies. For Sharrocks, it was a powerful experience that confirmed his new reality.

The most terrifying thing about militarism is the 'fairy story version' of war that it invents. We are told it is more about kinship than killing, making it easy to ignore 11,000 military visits a year to schools and colleges.

War School is a wake-up call. The final image of the film, the mushroom cloud over Hiroshima, overlaid with Trump threatening 'do not try us', is a stark reminder of where this path leads.

War School is available from: www.war.school