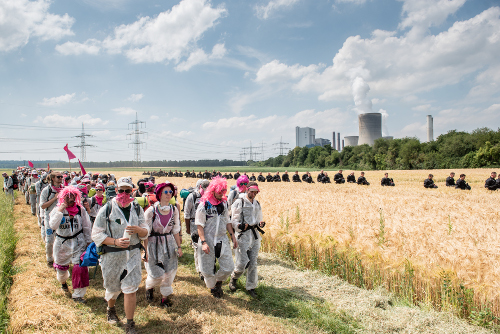 More than 6,000 activists from the Ende Gelände anti-coal alliance blocked parts of a giant opencast coalmine in the Rhineland, Germany, over 21–23 June. Hundreds cut off Germany’s largest coal-fired power station from its coal supply by occupying train tracks for over 24 hours. Thousands also entered the Garzweiler mine and stopped huge coal excavators. Police detained some activists for more than 13 hours, denying them food and water for hours. Photo: Jens Volle (CC BY 2.0)