Michael Rosen, So they call you Pisher: A Memoir 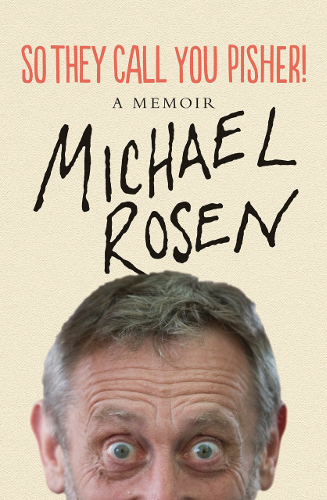 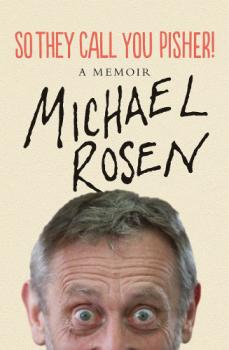 Poet, former Children’s Laureate and presenter of Radio 4’s show about language Word of Mouth, Michael Rosen is also well-known as a scourge of ‘traditionalist’ education and his left-wing political activism on a wide variety of different topics.

This book covers Rosen’s life until he left university at 23. Perhaps unsurprisingly, given that Rosen is the author of many children’s books, this means that the writing is often from a child’s perspective. I found it amusing reading about how a young child attributes communism to ‘good people’ (Rosen’s parents were both members of the Communist Party) but was disappointed that political issues are not really discussed much.

Instead there are many enjoyable anecdotes. For example, the differences to other families that stood out when the pupils at Rosen’s school were asked to bring in newspaper articles about what the Queen was up to. The young Rosen asked his mum for help in this but these type of articles were not in the Party’s paper The Daily Worker.

Likewise, we learn of his so called ‘communist’ holidays near Wales, and in France and Germany, but of course there wasn’t really anything ‘communist’ about these holidays, other than that they were often with families from similar political backgrounds.

The highly significant decision by his parents to leave the Party in 1957 is touched on. This was, he reports, partly due to the Soviet invasion of Hungary in 1956, but mostly over the lack of openness and freedom to voice differing views - the lack of ‘internal democracy’.

Rosen also describes being on CND’s anti-nuclear marches to Aldermaston in the ‘60s, where he remembers people arguing about the split between the ‘true’ Communists and the Trotskyists. Interestingly, he also recounts that people on the march worried about cultural appropriation and that there were arguments as to who should have the right to sing the blues and whether people should only sing songs from their own country.

The narrative follows his experiences in drama school, secondary school and university. Rosen imparts the excitement of the 1960s when there was revolution in the air, as well as his agonising over what to do with this life and how he eventually developed as a writer.

If you’re interested in finding out more about socialist Jewish families, or the split away from communism, then this isn’t the book for you. However, if you’re interested in reading about someone’s journey through school, adolescence and becoming a writer, then I would recommend it,  as it’s a light on politics but still an enjoyable read with much humour.