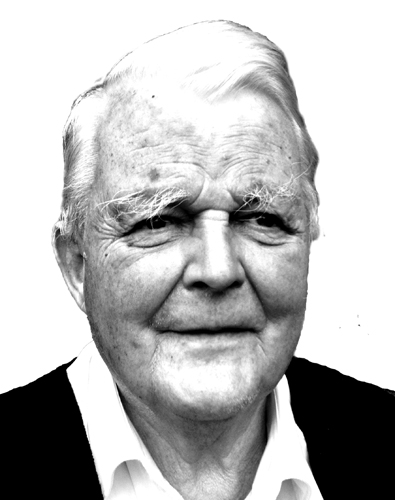 It is now well over a hundred years since czar Nicholas II of Russia invited other states to come to The Hague, in the Netherlands, in 1899, to discuss possibilities for world peace. It is almost 20 years since thousands of individuals and peace groups came also to The Hague, in 1999, for an event to plan progress in the direction that the first Hague pointed to. I still have the booklet with ideas that came from that centenary meeting.

In 1999, we believed that we could challenge an anachronistic mindset and move towards a new understanding of human security. I used the term ‘castles and boarding houses’ to describe two very different points of view about the organisation of world society.

The castle is the old model of security. Of course, we liked to live at peace with our neighbours, but, just in case they turned nasty, we all had our separate castles. We kept the chains of the drawbridge well-greased; the cannonballs were stacked up neatly under the ramparts; the boiling oil was kept simmering on the fire.

That castle image has lasted for a long time. In some heads, it is still a positive fixation. But now there are new notions about security. They are not yet strong enough to change government policy in the most powerful states but they are influential nevertheless. For want of a better word, I describe this new view of security in terms of the boardinghouse image.

“Nationalism may still be the dominant world religion, but its days are numbered.”

Far from living in our separate castles, we, the seven-and-a-half billion inhabitants of this fragile planet, are actually living together in a rather run-down boarding house.

Inside the boarding house, there are different standards of comfort. We who happen to live in the west wing enjoy all sorts of privileges, from lighting and central heating to regular meals and a resident doctor. For the most part, conditions in the rest of the boarding house are deplorable.

Nevertheless, all of us live under the same dilapidated roof, all rely on electrical wiring which is highly defective, all use sanitary systems which are cracked and leaking, and all of us know that the floorboards are riddled with dry rot. There are, of course, no fire escapes. Granted that image, the idea that residents of the west wing can improve their security by being prepared to attack other residents in their east wing rooms makes no sense at all.

I was brought up in the castle tradition. My childhood was one of First World War memories from my father; of total silence and the booming of the guns on 11 November, and of cigarette cards glorious with pictures of our wonderful regiments and magnificent battleships.

At school, solemn portraits of old boys who had become military heroes looked down on us in the dining room. The cadet corps was compulsory but it did not need to be. National Service [conscription of young men for more than one year, lasted in Britain until 1963 – ed] was an honourable duty. Conscientious objection meant cowardice. For us, the war ended too soon in 1945. Well-trained in Christian ethics as I was, there was never a suggestion that the dropping of atomic bombs on 6 and 9 August 1945 was anything but an entirely legitimate use of force against an entirely ruthless enemy.

Cultures do change and it is our business to move them in the right – and peaceful – direction. We created the Movement for the Abolition of War to focus specifically on the mechanisms for abolishing war: international law, strengthening the UN, abolishing the arms trade and nuclear weapons, public peace education, mediation and peacekeeping, abolishing war by establishing justice and human rights, citizens’ action and campaigning, and so on. None of this will be strange to Peace News readers, but I’m afraid we still have a lot of work to get this understanding across.

Nationalism may still be the dominant world religion, but its days are numbered. People can see that the hurricanes brought by climate change do not respect national borders. Another more international and just world society is perfectly possible. This was The Hague dream and we still need to make it a reality.