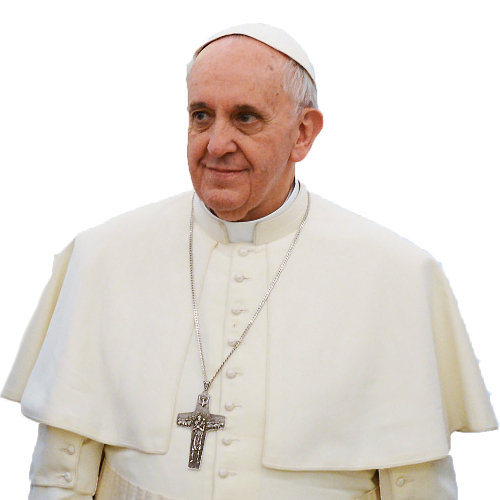 In 2016, 80 Catholics from 35 countries gathered in Rome to discuss peace & nonviolence. Pat Gaffney explains what happened next.

Peace News readers will be familiar with the names of Gene Sharp, Jean Paul Ledarch, George Lakey, Martin Luther King and Gandhi, as among those who have lived, taught and supported nonviolent peacemaking through the decades. For some of those named, the Christian Gospels and the life and witness of Jesus will have been a source of motivation and inspired their thinking and practice of nonviolence.

In 2016, Catholic peace practitioners, academics, theologians and members of Pax Christi International gathered to urge ‘our Church to be a living witness and to invest far greater human and financial resources in promoting a spirituality and practice of active nonviolence and in forming and training our Catholic communities in effective nonviolent practices.’

“It is my conviction that dialogue transforms people.”

As a Catholic international movement for peace called ‘Pax Christi, the Peace of Christ,’ we had hatched a plan to take the experiences of peacemakers to the Vatican and open a process to move the institutional church closer to a commitment to nonviolence.

Pope Francis, we knew, would be open to this process, as he has never minced his words or shunned controversy in speaking out against global violence and warfare today: ‘Never war again. With war, everything is lost’ (2014); and ‘We plead for peace for this world dominated by arms-dealers, who profit from the blood of men and women’ (2015).

In spring 2016, 80 people from 35 countries came together in Rome. There were no keynote speakers, all voices were equal, including representatives from the Vatican. In fishbowl settings, we listened to contemporary experiences of nonviolence; we deepened our knowledge of Jesus’ way of nonviolence; we began to outline how active nonviolence and just peacemaking frameworks might be better woven into the life of the church to move us beyond a ‘world war in instalments’. Pope Francis used that phrase while addressing the Rome conference.

It was important for us to include the voices of those who face violence head-on but who choose a nonviolent path of response.

Sister Nazek joined from Iraq. Her community had been expelled from Mosul in 2014, their houses ransacked. Her challenge to military responses was clear: ‘We can’t respond to violence with worse violence. In order to kill five violent men, we have to create 10 violent men to kill them…? It’s like a dragon with seven heads. You cut one and two others come up.’

Sister Nazek believes that speaking like this and engaging with her people is a tool of nonviolence, essential to the process of rebuilding Iraq. Her community have just returned to Mosul, choosing to face the past but look to the future, rebuild homes and schools and community amidst fear and suspicion.

“In order to kill five violent men, we have to create 10 violent men to kill them?” - Sister Nazek

Paco da Roux, a Jesuit from Colombia, has worked for more than 20 years with communities in the Magdalena Medio, one of the most violent regions in the country. Paco spoke of the role of critical dialogue as a tool of nonviolence: ‘It is my conviction that dialogue transforms people. We go to the guerrillas and the paramilitaries immediately after a massacre or attack. We try to respect them. We tell them that we don’t understand what they are doing. We tell them we believe they are doing it because they believe it is the best for the Colombian people. Then we start a dialogue, inviting them to be consistent with human dignity.’

This is risky and painstaking work, carrying many set-backs and disappointments, but Paco, now a member of Colombia’s Truth Commission, is convinced that deep transformation of individuals and communities is needed to bring a just peace to Colombia.

A very personal experience, illustrating that nonviolence is a life choice, came from Katarina Kruhonja from Croatia: ‘During an air-raid, we were thinking and praying in a small group, talking and thinking about what might be the love for our enemy in this very situation? Some said maybe the love of enemy now is to kill him/them, to prevent him/them from doing more atrocities. This kind of logic alerted me deeply. I started to think what would it mean to love my enemy in this time of war... then I made a choice from my will. I said: ‘Killing my enemy, for sure, is not the way Jesus would love his enemy.’ So, I chose to love my enemy as Jesus would. I did not know what this would mean. This choice was my first move from the logic of violence, and I felt I could breathe again.’

Motivated by this experience and the people she gathered around her – conscientious objectors, academics, educators, community workers – Katarina was first director of the Centre for Peace, Nonviolence and Human Rights in Osijek.

We also drew on the knowledge of academics such as Maria Stephan, who worked with Erica Chenoweth on the effectiveness of nonviolent civil resistance (Why Civil Resistance Works: The Strategic Logic of Nonviolent Conflict). Mel Duncan, from Nonviolent Peace Force, affirmed nonviolent strategies, especially of non-armed peace-presences in countries such as Sudan, Colombia and Sri Lanka. Marco Ghisoni, working with the Italian NGO, Operaziona Colomba, shared experiences of accompaniment in Syria and Lebanon, effective nonviolent approaches to de-escalating violence between host and refugee communities.

There were some immediate fruits from the gathering. Pope Francis made the theme of his 2017 World Peace Day message ‘Nonviolence, a Style of Politics for Peace’. He noted that for many nonviolence is sometimes taken to mean surrender, lack of involvement and passivity, but he stressed that this is not the case.

Pope Francis wrote of the results and consistent practice of the nonviolence of Martin Luther King, Dorothy Day, Khan Abdul Ghaffar Khan and the Liberian peace women, offering them as role models for society.

Another ‘fruit’ of the conference was a flurry of media coverage, debate and discussion within and beyond the church as to whether the church was abandoning ‘just war’ theory.

For many, this was seen as a huge threat; for others, a moment whose time had come.

For us involved in the process, it was an opportunity to share the experiences of thousands around the world working to prevent injustice and social conflict, to offer civilian approaches to protection and peace-building, to educate people in mediation and conflict transformation, and to train people in nonviolent resistance and non-co-operation. It was an opportunity to create a just-peace rather than a just-war response to injustice and conflict.

Pat Gaffney has been general secretary of the British Section of Pax Christi since 1990.

The experiences, papers and learning from the first part of this project were gathered in the book, Choosing Peace: The Catholic Church Returns to Gospel Nonviolence, published by Orbis Books in 2017. More info on Pax Christi: www.paxchristi.org.uk