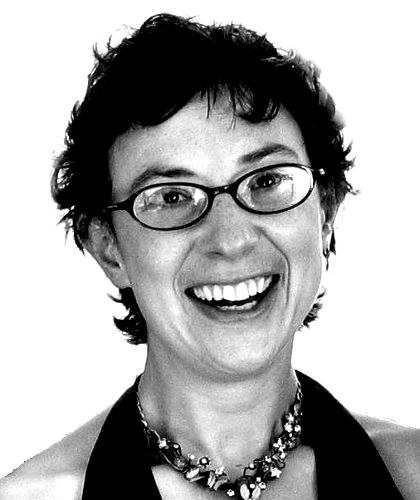 How can we create strong and resilient communities that can change society?

Is it possible to change society? To put an end to capitalism and create a sustainable, liberated future?

When I was young, I thought it would be pretty quick – just tell people how they’re doing it all wrong and they’ll change and everything will be fine.

As the scale of the problem became increasingly apparent to me and my historical knowledge improved, there was a corresponding increase in my own pessimism.

I started to recognise my own limits and understood that, even compared with my limited capacity, many others have less. I stopped believing in the possibility of averting climate change and turned my attention to community resilience and survival.

After years of focusing on co-operatives as vehicles for creating local power and lasting social change, I decided to take a break from 20 years of living and working in the same place and see whether the US could offer any more inspiration.

It’s pretty easy to get demoralised in this world, but particularly in the US. Divisions that are being created all over the world are very extreme here, made worse by rampant gentrification, rising inequality, absurdly comprehensive racism and a peculiar commitment to individualism.

A couple of things got to me, making it through my general cynicism:

The 2013 shooting by a white Detroit suburbanite of a young black woman on his porch who was seeking help after a car accident. Apparently he was scared.

These are just extreme examples of fear-based attitudes and reactions, which is what capitalism and hierarchy need us to feel. Those systems are threatened by individuals who trust each other to work together to meet their collective needs – they buy less and they can resist more.

All of us in the western world are socialised into competitiveness, fear and hierarchy, and we also lack a culture of helping each other heal our early traumas. So, even in the most progressive circles, the most radical groups, people are jockeying for social position, retreating into deference or defensive silence, looking for someone to blame, and acting defensively when challenged.

I didn’t expect my tour of co-ops and collectives in North America to lead me so frequently down paths of radical honesty, feedback learning, authentic relating and, simply, love. Yet that is what I found.

I found it at Ganas Community, Staten Island. A small income-sharing group since the early ‘80s, within a wider large, rent-paying community, founded for the daily practice of ‘feedback learning’. Direct and honest challenge is encouraged, with the focus on how one responds to that challenge, helping us realise that we usually have more options available to us at the moment of reaction than we recognise.

The facilitators of these meetings had years of experience, recognising when to keep pressing an issue and when to back off and move the focus to someone else. Hearing people being supported to make different choices about their reactions, to explore why they were reacting a certain way and to be able to chose how to feel, was mind-boggling and inspiring.

I found it at Twin Oaks Community, Virginia, a 50-year-old community with 100 members and additional visitors swelling the ranks. Some folks at Twin Oaks run a weekly ‘Transparency Tools’ evening, for trying out new ways of understanding each other.

The words that get them excited are ‘radical honesty’ and ‘radical vulnerability’. I think this gets to the heart of it – how do we develop enough trust between ourselves that we feel safe and can recognise feedback as support from loving friends to help us grow?

I found it in Austin, Texas, where an ‘Authentic Relating’ group does communication exercises each week, often with lots of new people. We practised saying aloud what we were aware of about ourselves and each other physically, mentally and emotionally.

In pairs for the opening exercise, each partner said ‘I seem...’, ‘you seem...’, or ‘we seem...’, noticing everything from itchy noses and bad backs to shyness, enthusiasm, reluctance and curiosity. There were clearly some profound experiences in the room, and the impression I had was that people felt heard and understood in a way that is normally lacking in their lives.

I found it in Hot Springs, Montana in a skill-sharing session. After describing the basic ‘feelings meetings’ that we have at my own housing coop, another participant recalled working at a pre-school, where they held weekly ‘Magic Circles’ for the four-year-olds.

In the first round, each child would identify positive things they noticed about others in the circle. In the second round they would identify ‘things I notice that are a problem in my life’. In the final round each child would (in consultation with the other four-year-olds in the circle) identify a thing they could do to deal with a specific problem. And sometimes that thing was simply to hug the person next to them. How huge is that?! At such a young age to learn emotional intelligence.

As someone put it that evening, it’s crazy that we consider it important to teach children maths, science, geography, and so on, but when they’re fighting, rather than teaching conflict-resolution, adults often ‘leave them to work it out for themselves’.

Is it possible to change society? I don’t know. But to create the strong and resilient groups and communities that could do it, we need to free ourselves from the mental and emotional restrictions, the alienation imposed on us by capitalism, hierarchy, patriarchy and colonialism. We need to really see and hear each other and learn to trust and communicate effectively. With love.