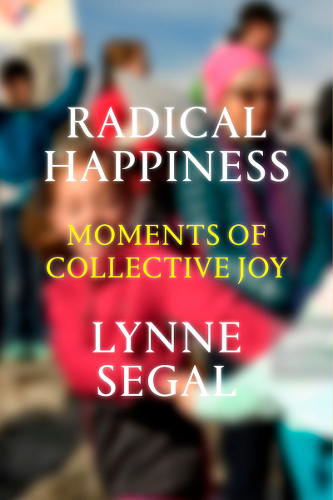 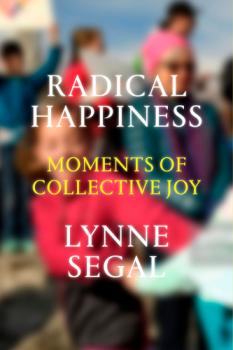 When I told a friend that I was reviewing this book she was very excited to learn that Segal, a seasoned feminist academic and activist, was reaching a younger audience. This was because of the impact Segal had on my friend’s own feminist thought, years ago. Those, like myself, who have not encountered Segal’s work before, will find this book transformative in its ability to communicate the power of collective joy as a tool for resistance.

Segal’s thesis is meandering in style, straightforward in argument and essential in content for our times. She argues that ‘happiness’ has become a commodified and individualised experience that limits the possibility of joy – the collective experience born out of co-operation, solidarity and empathy.

The contemporary western conception of happiness as an individual pursuit is endorsed by governments and shifts people’s focus away from the systemic issues that contribute to high levels of stress, anxiety and depression in our society. Instead, as a result of documents like the Depression Report under Tony Blair and Improving Lives under David Cameron, work has come to be seen as both an outcome of and a route towards the fairytale lives that the political happiness agenda promotes.

Segal maps the happiness market and the ways in which we are told that it is our responsibility to ‘get’ happiness – as if social, political and economic factors do not feed into the ways that we are able to move through the world.

And we don’t have to look very far to see how many people in our society, especially those most vulnerable to cuts in government-funded services, are being degraded as a matter of policy. In this, Segal argues, the state is repeating historical attempts to suppress the ability to rejoice publicly – for it is during times of celebration that political alternatives are imagined and practised. The absence of such words as ‘joy’ and ‘rejoice’ in daily conversation is paralleled by the lack of people pursuing these realities and experiences.

Segal veers away from her main argument slightly in her examination of love. According to the French psychoanalyst Jacques Lacan ‘to love is to give what you haven’t got’. The Slovenian philosopher Slavoj Žižek adds: ‘to someone who doesn’t want it’.

Reflecting on this, Segal argues that love is relational, incommensurable and chaotic – but ultimately both essential and infinite in its possibilities. She concludes that love is not limited to the romantic love we are all encouraged to aspire to, but is instead a key to our understanding of ourselves. For one thing it can offer us new ways to imagine society, including options that would promote ‘greater social harmony, justice, political education and enjoyment of life’.

Which suggests the question, if we can believe in love then why can’t we have the same faith in a better future?

The book’s final chapters are of particular importance for activists who may be questioning their reasons for action. Segal explores the concept of utopia: how this has been grappled with in works of fiction and political philosophy, and the ways in which utopian ideals and aspirations can lead to real-world changes. Here she cites and explores the work of many contemporary movements and groups, ranging from Sisters Uncut in the UK, to the Provos in Amsterdam, the Indignados in Spain, Occupy Wall Street (all over the world), the Arab Spring, and many more. And she also quotes the German philosopher, Hannah Arendt, who long ago argued that ‘no one could be called either happy or free without participating and having a share in public power’.

This book was very different from what I had expected. But it was also a source of much joy and inspiration, as well as love for both the author and the magnificent visionaries whose thoughts and actions Segal draws upon. Her commitment to an intersectional feminist understanding was also extremely energising.

Concluding with an analysis of society’s current ills (particularly in the UK, where Segal is based), Radical Happiness is a call for collective action, resolute political imagination and prefigurative politics – creating today a little bit of the future society we want to build.