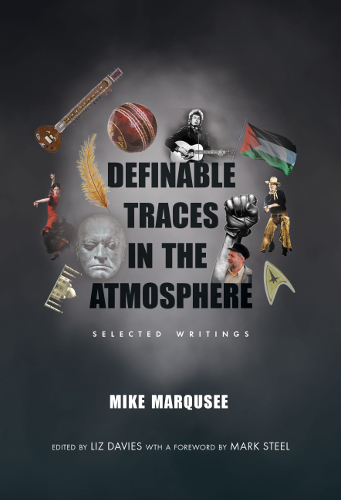 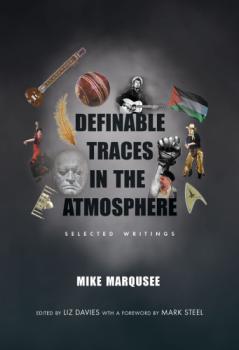 The title of this book refers to a line in Mike Marqusee’s poem ‘Egypt’. In it, Egyptian people are filling a public square, presumably Cairo’s Tahrir Square, their images captured on TV. Much like a dream, Marqusee writes, what is happening is ‘turbulent and calm, much wished for, full of surprise.’ But unlike a dream, this is a revolution that will leave ‘definable traces in the atmosphere, like incense.’ He concludes: ‘I know this is not a dream because like a dream / everything is changed in its wake.’

This beautiful poem serves as an introduction to the book and also as a testament to Marqusee’s fierce, revolutionary words. Born in New York in 1953, he spent most of his adult life in the UK as a writer and activist before his untimely death in 2015.

This anthology spans his eclectic, curious and thought-provoking body of work.

It is structured thematically in order to do justice to the broad sweep of his interests, which included British cricket and nationalism, the politics of 1968 in the US, the poems of William Blake, and the Israeli-Palestinian conflict.

What makes these essays all the more engaging is the melding of the political and the personal in all his work.

For example, Marqusee’s involvement in the British Labour Party from the 1980s was the spur for several great pieces. In one of these essays, ‘...and all the against’ (1995), he denounces Tony Blair’s New Labour establishment for working to stigmatise members who were too far on the left (accused of being Trotskyists and oppositionists) which in turn ‘fostered a culture of fear and caution among party members, a culture that inhibits the serious discussion the party needs if it is prepared to be in government.’

In another essay, Marqusee imagines Christmas 1999 at 10 Downing Street with great humour, and later we read his campaign diary for the 1997 general election in which he campaigned for Jeremy Corbyn in his seat in Islington North.

Another example is Marqusee’s passionate campaign work for the NHS, which coincided with his blood cancer diagnosis. An essay about his treatment at St Bartholomew’s Hospital in London underlines the damage caused by PFI (private finance initiative) contracts on this and other hospitals across the UK. And in a beautiful essay entitled ‘Equality: without ifs, ands or buts’ (2008), Marqusee lays down the ground for social justice for all. His battle is indeed, as the chapter puts it, for healthcare and not health.

Mike Marqusee’s writing continues to be relevant today, foremost in the UK in its battle for Labour’s soul. In the introduction, comedian Mark Steel underlines how surprised and shocked Mike would have been to know that his old friend Jeremy Corbyn is now favourite to become Prime Minister. As Steel puts it: ‘it’s not just a Hollywood tale of the rise of an underdog, it’s a transformation that embodies all that Mike stood for, that defiance, hope, principle and tenacity will always find a way of breaking through, as long as someone somewhere is battling to keep these ideas alive.’