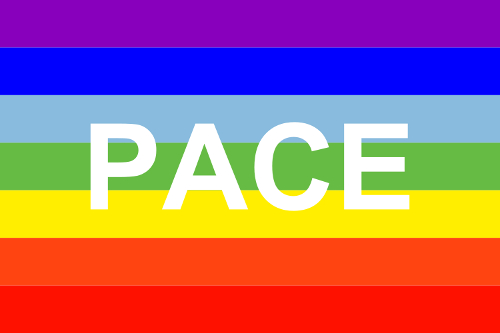 What if the next British cabinet contains a minister for peace? 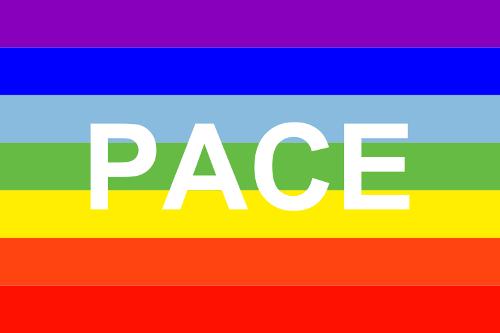 Have you heard about the minister for peace and disarmament?

Did you know that the Labour party has promised to establish a minister for peace and disarmament (MPD) if they win the next general election? If so, do you know what policy areas this minister might focus on and how they could work with other government departments? Do you also know who the current shadow minister for peace and disarmament is and what they’ve been doing recently?

The MPD concept was initially put forward by Labour leader Jeremy Corbyn in 2016 and led to Fabian Hamilton (MP for Leeds North East) being appointed the shadow minister for peace and disarmament. The proposal was then discussed in Labour’s 2017 election manifesto. Since his appointment, Hamilton has been developing the role, working on a ‘peace doctrine’ to outline the post’s underlying principles and remit, which should be published before the Labour party conference in September.

The minister for peace – as currently envisaged by Labour – would primarily deal with issues such as multilateral nuclear disarmament and arms export controls, as well as working with the United Nations on ‘conflict prevention and resolution, post-conflict peacebuilding, and justice for the victims of war crimes’.

While the Conservative government’s post-Brexit vision of ‘Global Britain’ focuses on military power projection and the development of relationships with authoritarian regimes, Labour has committed, in its recent pronouncements, to an ethical foreign policy. The MPD is one way the Labour party could try to advance its progressive international agenda by ensuring that a future Labour government places human rights, democracy and diplomacy at the heart of its work.

“The Conservatives’ post-Brexit vision of ‘Global Britain’ focuses on military power projection and relationships with authoritarian regimes; Labour has committed to an ethical foreign policy”

Presently, Hamilton’s brief covers the countries of North Africa and the Middle East (not including Israel/Palestine), leading on ‘all the other conflict areas in the region, such as Syria, Iraq and Yemen’. In terms of how the minister for peace will function in relation to the rest of government if and when it is established, Labour proposes that the minister will ‘work across’ the ministry of defence and the foreign and commonwealth office in a ‘hub and spokes’ arrangement to carry out the new ‘peace doctrine’. It is also envisaged that the minister will be based in a small private office operating at cabinet level.

This set of arrangements and priorities raises several political and practical questions. One of them is how the post will be affected by the intense controversies over the Labour party’s approach to security and foreign policy? As is well known, Corbyn’s lifelong willingness to challenge the political consensus in these areas, including his long-standing support for unilateral nuclear disarmament, has led to him being cast as a threat to national security by the Conservative party and is also highly contested within the parliamentary Labour party.

Despite these disputes, there has been a lack of public discussion about what an MPD would involve and the different areas of work it could include. To help fill this gap, I interviewed a range of prominent academics, activists, campaigners and other experts, including PN editor Milan Rai.

These interviews form part of a report published in July by Conscience: Taxes for Peace Not War. Bearing in mind relevant experiences of British and foreign governments, and the current state of domestic and international politics, the report concludes that the minister for peace idea has potential, but it needs more thought and attention from the Labour party and from civil society.

There are several positive and strong aspects to the MPD, including the potential it has to raise the profile of peace and disarmament issues nationally and internationally. At the same time, there are significant obstacles to the minister for peace being a success and Labour developing progressive approaches to national security in government.

For example, British decision-making elites have historically favoured putting business ahead of human rights in international policy and maintaining a particularly close relationship with the US. In addition, although the UK public may be war-weary following the invasions of Iraq and Afghanistan, a lingering sense of national greatness and nostalgia for empire remains in their ‘deep story’ concerning British identity.

Other barriers include ongoing internal conflict in Labour; military and foreign policy issues being less important to voters than domestic policies; the Conservative party’s ‘ownership’ of the military debate; and the public’s lack of belief in Labour’s ability to deal properly with national security issues. Several interviewees also raised concerns that the MPD might become ‘window dressing’ if Labour, while supporting the nuclear ban treaty, did not commit to scrapping Trident or significantly rethinking UK security and foreign policy more widely.

Overall, if the minister for peace is to be a success and if a UK government is to commit to an ethical foreign policy, civil society and the public will need to get involved in a meaningful way in the development of the post. Indeed, the idea of an MPD only exists in the first place because of the efforts over many years of people involved in anti-war, peace and disarmament groups.

While Labour’s current policies and the minister for peace concept should be challenged and criticised where appropriate, we should also recognise that the MPD offers a big opportunity for the peace and disarmament movement to influence the way the UK conducts itself on the global stage.

Readers of Peace News can do several things to help advance, inform and create public discussion about the minister for peace’s future work. These include: engaging with Fabian Hamilton, the Labour party and your local MP on the topic; convening meetings to discuss the Conscience MPD report and related issues with affinity groups or other activist or protest organisations you support; writing articles about the topic for Peace News and other media outlets; and submitting ideas to Labour on the direction the peace doctrine should take.