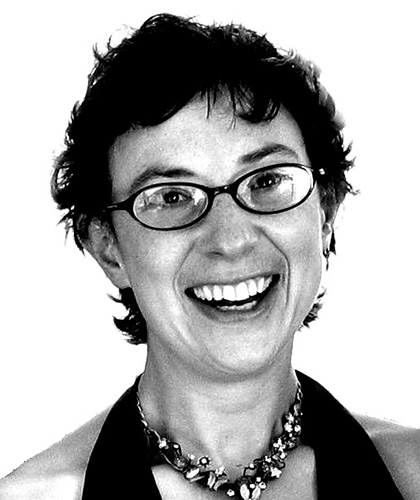 Solidarity is a threat, so the powers-that-be divide and rule ...

I hadn’t slept much, maybe three hours, after talking until 4am in the hostel. I planned to sleep on the train, and that prospect helped me haul my luggage across the sauna that is New Orleans. It helped me stay upright and emotionally balanced even when there was no train or any information, 20 minutes after departure time. It’s Amtrak after all.

It turned out the train was going to be at least three hours late and I was suddenly exhausted and grumpy.

I moved to a discreet spot, lay on the floor with my rucksack as my pillow (a significantly bigger one than The Manchester Rambler’s), pulled my hood over my face and drifted off. But within a couple of minutes, an Amtrak guard was tapping me on the shoulder and telling me I had to sit on one of the bucket seats reserved for Amtrak passengers – no getting comfy on the floor.

I moved over to the Greyhound seating area (flat seats, yay!), but the Greyhound guard was quick off the mark – no lying down on the seats, this is a public space.

I am travelling without flying in Trump’s USA. It isn’t intended as an exercise in poverty, but it does provide an interesting perspective on how welcoming, or otherwise, a place is.

In New Orleans, if you are tired or don’t speak the language or understand the rules, you are absolutely on your own and at risk. I realise I haven’t seen any noticeably homeless people in this astonishingly gentrified and sanitised city.

I behave differently to my normal self, scared to show solidarity. A white man yells: ‘You can’t do that, they’ve taken away my phone’. He has his hands up and is being taken away by Amtrak police, shouting all the time.

Black people around me are chuckling: ‘Oh, he’s going to prison, for sure’. My training is to take photos, ask what the arrest is for, note police numbers, ask the arrestee if they want anyone calling. And I’ve felt able to do this a few times when I have the privilege of being in my home country and not carrying all my belongings. I don’t do it now. I poke my head around the door, get told to go back and I go.

Apparently another passenger reported him for saying something racist on his phone. People around me are perfectly happy that the police have seized someone on hearsay evidence of a phone conversation.

I wonder if reactions would have been different if the reason were different, but I doubt there’d be much fuss. And, of course, this isn’t confined to the US, Irish people in the UK lived with that fear for decades and brown people live with it now – I just haven’t witnessed it actually happen in the UK.

I think about seeing a beggar in Puerto Rico, whose leg was gangrenous and who looked like he’d be dead within a day or two. Everyone was ignoring him – and it’s understandable, it’s a problem that no one feels able to tackle alone. I sat nearby trying to work out what I could do, given that I knew no one in San Juan, spoke little Spanish and was leaving the next day. And I, too, came to the conclusion that I could do nothing useful.

In the late-night hostel conversation, the protagonist asks what did I do, as a 20-year old Brit, when I heard there was a genocide in Rwanda? He ‘knows’ the answer is ‘nothing’ and, as a survivor, he’s not blaming anyone, but using it to justify his own lack of action.

The answer is, of course, that it’s risky and difficult to do anything on your own and the current system 100 percent depends on our feeling absolutely alone and acting accordingly. Solidarity is a threat, so divide and rule.

The posters are everywhere: ‘If you see something, say something.’

The Amtrak infoscreen starts the ‘Operation Railsafe’ video – over 40 minutes long, shot after shot of uniformed personnel; marshals, police, military, security guards, close-ups of peaked caps, badges and bulletproof vests, men chatting while holding semi-automatics, men with sniffer dogs checking luggage, women in fatigues scanning the passengers for anything out of place. Making us all feel safe and secure.

I’ll be travelling with valid identity documents within the 100-mile border zone for the next four months. I’m mentally roleplaying a drill for when ICE (immigration and customs enforcement) or CBP (customs and border patrol) agents board my train or bus: loudly announce in English and Spanish that no one has to answer any questions or submit to a search. The thought of being arrested alone out here, and likely losing all my stuff is scary, but the probable worst-case scenarios for me are not that bad. I might even get a free ride home to the UK.

And who knows, maybe solidarity will be kindled around me instead.