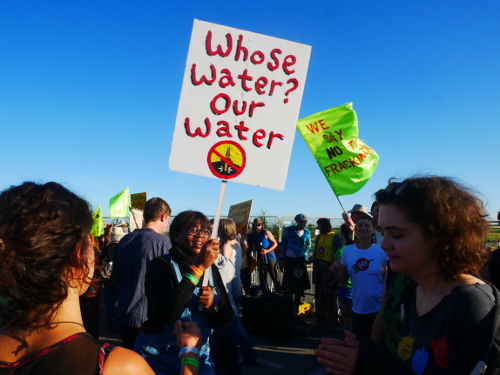 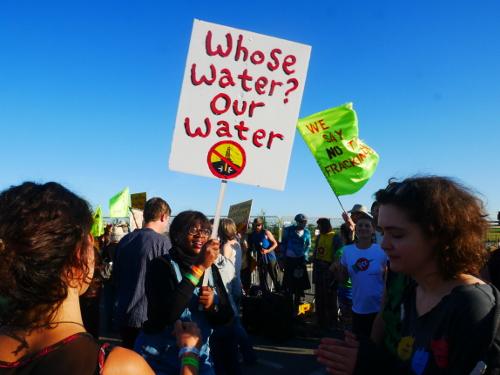 Anti-fracking network Reclaim the Power organised ‘Block Around the Clock’ as a 48-hour non-stop non-arrestable festival of resistance with live music. It was the final action in three months of ‘United Resistance’.

The action came as the government decided whether to approve Cuadrilla’s request for permission to start fracking at PNR.

Because of local protests, Cuadrilla is a year behind schedule at PNR.

On 13 June, five members of the Bristol-based group ‘Grandparents for a Safe Earth’ chained themselves to the front entrance of the department for business, environment and industrial strategy in London. They called on the government refuse permission for fracking in Lancashire.

A member of the group told the Bristol Post they regretted having to take ‘peaceful direct action’ but felt they had ‘been left no alternative as democratic avenues of consultation are being speedily closed.’

The government wants to change planning laws to take fracking decisions out of the hands of local authorities, and to allow drilling to go ahead without planning applications having to be made. Local democracy is producing the wrong decisions.