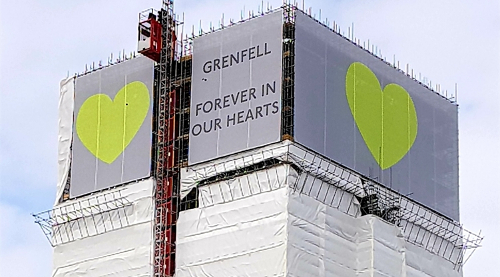 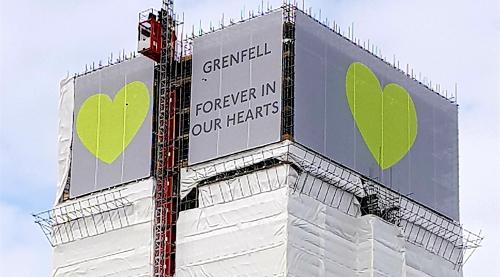 This summer, after two years of preparation (and a postponement in 2017 partly because of family ill-health), Peace News finally brought the wonderful Betsy Leondar-Wright to the UK to lead what we think is the very first anti-classism training of activist trainers that’s ever taken place in the UK. The other facilitators were Kathryn Tulip of the Navigate training collective and Milan Rai, PN editor. This is an account from one of the participants in the workshop.

Early on the morning of 14 June 2017, Grenfell Tower in west London started to burn. The fire claimed the lives of 72 people: 84-year-old Sheila had lived in Grenfell Tower for 34 years, and baby Logan Gomes was delivered stillborn.

Now declared one of the Britain’s worst modern disasters, the fire could have been avoided if tenants – many low-wage and/or on benefits – had been listened to. In November 2016, the Grenfell Action Group had warned of ‘dangerous living conditions’ and stated that ‘only a catastrophic event will expose the ineptitude and incompetence of our landlord’, the Kensington and Chelsea Tenant Management Organisation.

“Have you ever been in an activist space where someone’s made a throwaway assumption about everyone there being middle class?”

This is why, on the first anniversary of the Grenfell fire, I and a colleague boarded a bus that went through Kensington, past vigil preparations, to an Exploring Class workshop run by facilitators from Class Action, Peace News and Navigate.

During the opening logistics talk about fire extinguishers, we were moved to spontaneous silence in remembrance of the dead, and of the 60 households still not rehoused. We cried, we held space for our grief. Then we got to work.

As trainers, we were there to learn class-smashing facilitation skills to build more effective organising. Exuberant and charismatic, Betsy Leondar-Wright shared how the US group Class Action, inspired by Brazilian educator Paulo Freire, was born when US activists saw how class was directly causing obstacles in organising.

Have you ever been in an activist space where someone’s made a throwaway assumption about everyone there being middle class? Yep, me too. Too many times. Class dynamics are everywhere in Britain – and we need to talk about it, and include everyone, in order to organise effectively.

I’m a Paulo Freire nerd. I went to uni, I’m a working-class-socialised queer with a sometime illness-inducing low security net, and yet I have few memories of real conversations about class in organising spaces.

I was at this training because I wanted to facilitate such spaces, and because I personally wanted the language to ask my middle-class friends for real solidarity, like ensuring bursaries for low-income folks to get to events, like housing me when I’m homeless, like calling out classist comments about ‘chavs’. To create a culture where we talk about class allyship, just like we are progressing with gender- and race-based allyship. 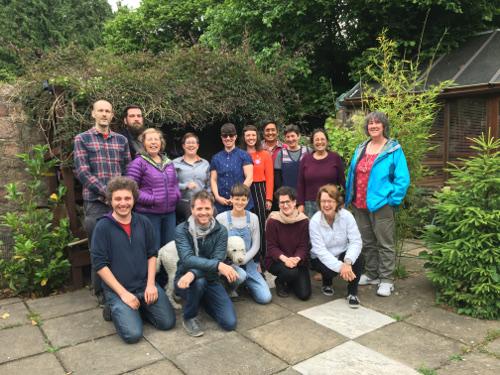 ‘How can I tell what is my fucked-up family and what is class?’ was a comment by another participant that resonated. I found myself asking, is this for now or is this for therapy? Because being working class doesn’t just mean always worrying about money, it also means being part of a socio-economic group that carries intergenerational and persistently debilitating levels of anger, violence, deprivation, mental illness, and trauma. And likely no money – or the culture – for therapy.

So here, heard and held, we processed, we spoke out, we yelled, we cried. About the pain. We were in the process, and analysing it, as facilitators. Using the Processwork notion of ‘noticings’, we were facilitated to lean into risky work, to push ourselves to the fertile edges of our comfort zones in order to hold transformational space for others – then collectively unpicking ‘why that exercise was/was not useful’.

For such a wriggly subject, class can often be reduced to the have and the have-nots. When using our earliest memories to explore class indicators, one participant shared that in their school more people ended up in prison than uni. Another noted they didn’t have a bathroom when growing up. Here I reflected that, while I hadn’t gone hungry as a kid, the Institute for Fiscal Studies estimates that five million children in Britain will be living in poverty by 2021.

In this context, what does it mean to meet the people who are most affected where they’re at? It means providing creches and food – lots of food – at open meetings, it means not judging when people seem tired.

Further leaning into discomfort, a spectrum lines exercise split us into four class caucuses, the atmosphere immediately shifting noticeably to tension. My group semi-froze, couldn’t talk about our feelings, staccato analysed, hyper-aware of the ‘less-well-off’ group next to us.

One person from that group, holding all our eyes individually, said: ‘We see you’. Conversations after that brought out how every class caucus can provide some strengths and weaknesses, and how all of us have our humanity compromised by class inequalities.

Later, the facilitators employed the life-giving energy of humour by tasking us to design the most classist organisation – ever! This injection of energy enabled us to laugh – along with the wry knowing looks – sharing exclamations as we settled into the role of Board Member Mr Sir Prime Douchebag, with rules like ‘Gaslighting enforced on underlings’, ‘Pigfucking socials’ and ‘Regional accents prohibited’. (‘Gaslighting’ is gradually making someone doubt themselves and their grip on reality.)

As a northerner living in the south who’s had her Yorkshire accent consistently mocked, this last one reminded me of a student union colleague who, after receiving her feedback report, worked out that a top university manager had told her she would be ‘more professional without her northern accent’.

This does feel like the start of new, deeper work. We didn’t have the time and space to go deeper into how class is strangely situated within spectrums of time and space, with the dust of our history blending with our present existences. We couldn’t go into the ‘Great British class calculator’ and how researchers have expanded on the traditional three categories to include ‘the precariat’ and ‘emergent service workers’.

We explored how the hierarchy of class is completely imagined, there is no ‘better’ class, but also how there are real, lived class-based reasons for the unequal distribution, not only of resources, but also of learning, pain, and misery, and as Patrisse Khan-Cullors states in her book When They Call You a Terrorist: A Black Lives Matter Memoir, the ‘terrorism [of] not being able to feed your children despite working three jobs’, while some people live a life of leisure based on inherited wealth.

On the bus back through Kensington, I saw the white-shrouded figure of Grenfell again, with its huge green ‘Forever in our hearts’, and recalled how one evening, after a long day, the facilitators had asked us what we’d like to bring tomorrow to our work, and how one person had said, ‘Tomorrow, I want to bring love’.

Lyndsay Burtonshaw is a facilitator with Navigate, and member of the coalition of Lesbians and Gays Support the Migrants, Plane Stupid, and End Deportations.