Joseph Matthews, Everyone has their reasons 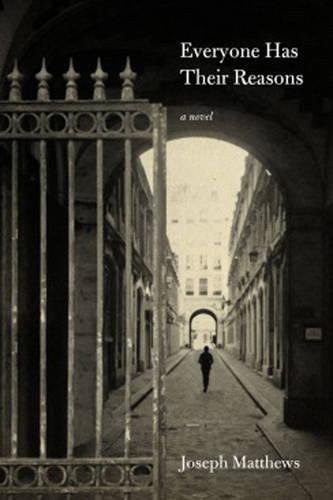 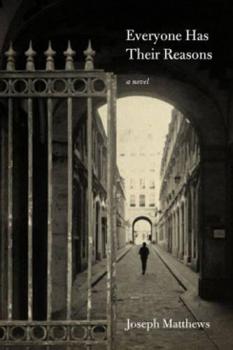 A story of poverty and desperation and of crashing through a society with few safety nets, Everyone has their reasons is an education in the struggles in Europe in the 1930s. But it is most frightening because its narratives about ethnicity, migration and belonging are still so much alive today, and people at this very moment are experiencing the terror caused by borders.

This harrowing book told me things that I needed to know about Europe – and that we all need to know in order to understand the present. A fictional re-telling of real-life events, it both gripped and distressed me.

On 7 November 1938, Herschel Grynszpan shot the third secretary of the German embassy in Paris – an act that Hitler’s Third Reich used to justify its infamous Kristallnacht attack on Germany’s Jews on 9 November. In Joseph Matthews’ novel, Grynszpan recollects his life between 1936 and 1939 in a series of letters to his German lawyer. ‘We all have our reasons’, in one wording or another, is the refrain throughout Grynszpan’s letters as he relates the terrible process of leaving Germany and his family at 15 and becoming an undocumented stateless refugee.

While he is driven out by the rise of Nazism and anti-semitism in Germany, Grynszpan must also contend with xenophobia in France. His story allows Matthews to explore the struggles of the French labour movement, where jobs are controlled by unions that segregate membership and allocate work by ethnic origins.

The boy Grynszpan glimpses the collapse of France’s left-wing Popular Front government. He experiences the consequences of the French Communist Party’s decision to cut its ties with foreign sections of the labour movement because ‘the boat is full’.

Grynszpan also gradually comes to understand his place (at the bottom) in the stratification of the Jews in France, headed by the Français d’origine sémitique (Jews who earned over 500,000 francs a year); and the torment of identity/ passport politics, where he discovers there are ‘real French’ and ‘not real French’. He finds himself classified as ‘not real German’, because his passport is Polish (though he has never been to Poland), and therefore not covered by the 1936 League of Nations agreement safeguarding refugees from the Reich.

The thing that finally breaks him is the knowledge that his parents are making a penniless biblical flight to the Polish border in a desperate attempt to find a legal place to stand in the world.

All these are the reasons that build to ‘the act’ in the German embassy.

In his letters, Grynszpan is almost reluctant to give his spur-of-the-moment ‘act’ much notice: it is the reasons leading up to it that are important. But even this cry for the attention of humanity is seized and shaped by the Nazi authorities.