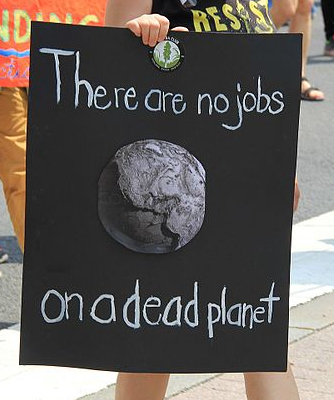 The history of the East London Federation of Suffragettes (ELFS) holds valuable lessons and inspiration for those fighting for a Just Transition, rather than an 'arms-traders Brexit', argues Milan Rai 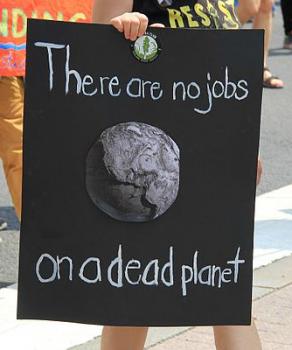 There has rightly been a huge celebration of the centenary of the Representation of the People Act 1918 and the first parliamentary election votes for some women in Britain (not counting landowners pre-1832).

This has stirred up again the valuable debate about how much this victory owed to the direct action struggle of the suffragettes and how much to the gradualism suffragists.

It is worth remembering that there was another kind of strategy used by women in the suffrage struggle.

Working-class women in the East End of London at first formed branches of the Pankhursts’ Women’s Social and Political Union (WSPU) in 1912, inspired by the socialist organiser Sylvia Pankhurst.

They were expelled from the WSPU in 1914 for being too mixed up in campaigns for better working and living conditions, and wider issues. The women then formed an independent East London Federation of the Suffragettes (ELFS).

Sarah Jackson, co-author of a book about the ELFS, writes that the movement ‘moved away from violent acts, imprisonment and hunger strikes, adopting new tactics which offered greater safety and strength in numbers for their members as well as opportunities to involve and support the wider community.’

Sarah Jackson writes: ‘They built a true mass movement for equality that drew support from the whole community, including men.’ By having a broad campaigning programme and making alliances, the ELFS built a large support base. ‘By expanding the fight for equality beyond the vote, they relieved the pressure on many politically active working-class women to choose between their gender and their class.’

This is a community organising, class-inclusive strategy that deserves recognition as part of the legacy of the women’s suffrage movement.

One little-known aspect of the 1918 act is that it banned conscientious objectors (COs) who had refused to fight from voting at national or local levels for five years after the war.

After a passionate debate in parliament, the government kept the vote for COs who had done non-combatant service (such as the Quaker ‘Friends Ambulance Unit’). It also allowed COs to apply to a central tribunal to regain their votes if they’d done work of ‘national importance’.

What if your husband was a CO? The 1918 act did not punish women for being married to a CO. Viscount Peel said in the house of lords, introducing the bill: ‘They are considered already to have been punished enough.’

Going back to the property qualification, there’s been some attention to the fact that the 1918 act was classist, excluding working-class women (as well as ageist).

What hasn’t had much attention is the fact that the 1918 act let in poorer working-class men. Before 1918, 40 percent of men did not have the vote because they did not meet property requirements. That was just over half of all working-class men. In 1918, all men over the age of 21 who met a basic residential qualification received the vote.

So poorer working-class men gained the vote in 1918 but their sisters and mothers and daughters and wives did not.

I’m very glad that this issue includes Holly-Rae Smith’s story (p14) of being a working-class woman making her way in middle-class worlds – and how a brilliant (paid) internship at Campaign Against Arms Trade (CAAT) made such a difference for her life.

Please consider this our contribution to an intersectional International Women’s Day on 8 March.

Let’s come at some related issues from another direction.

Last September, the Arms Trade Treaty conference (ATT) and the Defence and Security Equipment International (DSEI) arms fair happened at the same time, one in Geneva, the other in East London.

The British government sent four ministers to DSEI. No British ministers went to Geneva, just a group of civil servants.

One thing that was clear in the speeches at DSEI was that with European civilian export markets less available because of Brexit, the British government was looking to military exports to take up the slack.

‘As we look to life post-Brexit and spread our wings further across the world, it’s high time we do more to compete for a share of this international [arms] export market’, then defence secretary Michael Fallon told DSEI 2017.

The emphasis on increasing arms sales, particularly to the Middle East, has led campaigners to warn of an ‘arms-traders’ Brexit’ that brings hard currency, profits, an end to EU regulations, closer alliances with brutal dictatorships – but few jobs.

Plaid Cymru MP Jonathan Edwards warned in December that increased arms sales could not make up for the economic harm caused by leaving the EU:

Labour MP Lloyd Russell-Moyle, a member of the house of commons select committee on arms exports control, told the i newspaper: ‘In value, Britain’s arms exports are worth about the same as its exports in beverages.

‘This plan is less a plan for improving British public finances in the wake of Brexit but more one for lining the pockets of the shareholders of British arms dealers. It is another policy designed to benefit the few over the many.’

On 10 February, Labour leader Jeremy Corbyn sketched out a way forward for the economy at a Labour party conference on alternative models of ownership.

Corbyn advocated taking back into public ownership the energy industry, the railways, water and postal services – but not using old-fashioned state nationalisation. Corbyn hinted at moves towards workers’ control and industrial democracy. He called for ‘public, democratic ownership and control’ and ‘democratic management’.

Corbyn said: ‘We know that those services will be better run when they are directly accountable to the public in the hands of the workforce responsible – responsible – for their front line delivery and of the people who use and rely on them.

‘It’s all there, unleash that power, unleash that knowledge. It’s those people, not share price speculators who are the real experts.’

A central part of Corbyn’s speech was about the need to change Britain’s energy system to meet the challenge of climate change: ‘The past is a centralised system with a few large plants. The future is decentralised, flexible and diverse with new sources of energy large and small, from tidal to solar.’

Corbyn called for a Just Transition which would not place the burden of decarbonising the economy on working-class people. He promised that ‘workforces and their unions will be the managers of this change, not its casualties’.

He guaranteed that, under Labour, energy workers who lost jobs because of decarbonisation would be offered ‘a new job on equivalent terms and conditions’, and would be supported in their housing and income needs through the transition.

As we’ve argued in these pages before, similar guarantees of financial support and workers’ input into change will be needed for a Just Transition away from nuclear weapons and away from military production.

At the moment, such warm words are not taken seriously by many workers in the energy industry or in military industries. Trust will have to be earned not by outsiders’ words but by our actions, by practical solidarity, and a sense of partnership rather than moral superiority.

An economy of peace and climate justice can only be built on class justice.

Milan Rai is PN editor, and co-organiser of the Exploring Class training of trainers and facilitators bringing author and trainer Betsy Leondar-Wright over to the UK 14–17 June. For more info: http://peacenews.info