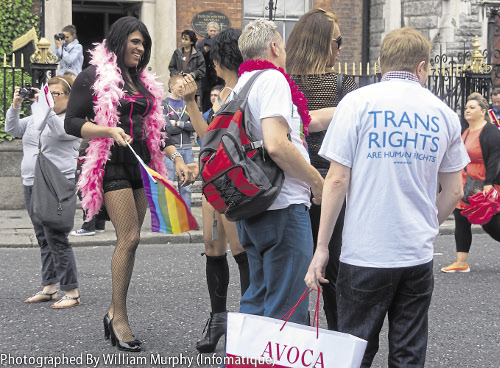 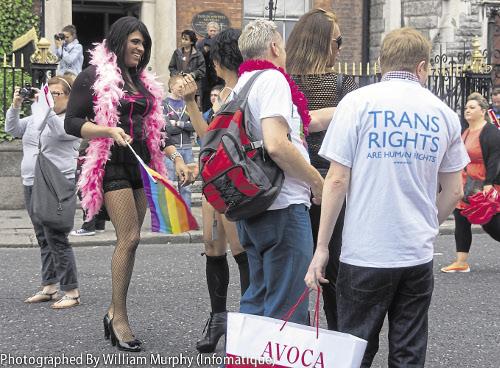 While the events at the London Anarchist Bookfair were deplorable (see PN 2612–2613), I was disappointed to see that Peace News decided to become by default the distributor of the anti-trans leaflets handed out at the Bookfair, and surprised that there was not any space provided to look at the actual issues at hand by trans people – as presented by the leaflets.

The issue of contention is the proposed amendment to the Gender Recognition Act 2004. I feel great dismay that the cause of this disruption and attacks is now blamed on transgender people and sadness that this has resulted in the Anarchist Bookfair being cancelled. Feelings are indeed running high on all sides.

I agree that even in the face of provocation, it is always better to try and change people’s minds, though one wonders if ‘attempting to change people’s minds’ should always be the default position – for example, if fascist leaflets were being distributed. Personally I also think that saying that the distribution of the leaflets itself was a violent act was not accurate, although clearly they cause much anger. It appeared to me that the leaflets were presented in Peace News as if they were non-inflammatory and accurate whereas I contend that the opposite is true.

The proposed amendments to the GRA (Gender Recognition Act 2004) are intended to simplify the process whereby trans people obtain legal identity in their affirmed gender.

The Gender Recognition Act 2004 currently is cumbersome, costly, and bureaucratic and the main benefit in obtaining a gender recognition certificate (GRC) is to obtain an amended birth certificate, which means most people who transition to male or female don’t bother. However not having an amended birth certificate can cause problems with insurance or pensions and they are needed if you plan to adopt, marry or obtain citizenship.

With the badly-named ‘self-declaration’ procedure that has been proposed, to change gender the person would have to present themselves in front of a solicitor, at a much reduced price, and declare that they will be male or female permanently in all areas of their life.

The model of self-declaration has been in existence in Ireland since 2015 and there have been no reported instances of men obtaining access to women-only spaces using ‘self-declaration’.

These seem to be the main areas of contention:

How long do we wait?

My overriding concern is that the leaflets produced are based on prejudice.

For example, the assertion that sex-based data is going to be eliminated is absurd. Even if you believe that trans people aren’t men or women, then the numbers involved are minuscule and are not likely to affect any statistical analysis. There will always be women-only spaces. However trans women also experience life as women, not all mention they are trans at every opportunity and they just go about their lives. They should also receive assistance when they are assaulted or raped.

At what point does a trans women gain acceptance as a woman? When they have experienced life as a woman and been treated by men as such, for 10 years, 20 years, 30 years? Never? Those who’ve never experienced male puberty? (This is incidentally likely to increase as puberty blockers become available.)

The originator of the recent crowdfunder exercise to try and stop trans women standing on all-women shortlists in the Labour Party believes you can always ‘see’ trans women. She is wrong.
I know countless trans women who are not seen as trans. At the same time, I would plead – please have some compassion towards those who are just starting to transition. It’s an extremely vulnerable time, navigating your way through the world in the new gender.

But to say that transgender rights are unique in that they are completely based on eliminating the human rights of women is simply untrue. The trans women I know are feminists and they want to improve the world for women – not eliminate the category of women.

It is such a missed opportunity, trans men who have also experienced the way society treats women are usually feminists too. We want to break down rigid gender barriers simultaneously enabling sex and body-based issues to be dealt with such as abortion to be available on demand for women and contraception to both men and women, trans or otherwise.

Argentina
2012: The Gender Law makes Argentina the first country to allow people to change their gender status without facing preconditions such as hormone therapy, surgery or psychiatric diagnosis. The law creates an official administrative procedure whereby any adult, or any minor with the support of their guardians, may apply to change their sex listed in the civil registry, without the need for judicial approval.

Denmark
2014: Denmark becomes the first European state to adopt the ‘self-declaration model’ of legal gender recognition. Danish residents can make a statutory declaration of their legal gender identity without approval from medical or legal authorities. The law now allows them to amend their gendered social security number without first undergoing surgical removal of uterus and ovaries, or testicles and penis.

Mexico City
2014: The legislative assembly of Mexico City unanimously approves a gender identity law allowing transgender people to simply notify the Civil Registry that they wish to change the gender information on their birth certificates. No sex reassignment surgery, psychological therapy or other diagnosis is required.

Republic of Ireland
2015: Trans people over the age of 18 can now apply to have their gender identity legally recognised by completing a simple application form for a Gender Recognition Certificate. This form includes a Statutory Declaration. Once they’ve received a Gender Recognition Certificate they will be able to obtain a new birth certificate; 276 have done so. There have been no reversals and no frauds.

Malta
2015: Malta introduces a quick, transparent and accessible gender recognition procedure, based on self-determination. The procedure before a notary requires a simple self-declaration and prohibits requests for medical information.

Norway
2015: Trans people aged 16 and older in Norway can have their gender recognised without any compulsory requirements after the ministry of health amends the law. Children six years old and older may also determine their gender, as long as both parents consent. Where one parent opposes reassignment, the authorities may accept the child’s decision, if it is regarded as ‘in the child’s best interest’.

California
2017: California deletes a requirement in state law that you must undergo treatment and submit a sworn statement from your physician before changing your gender status. Instead, applicants must now only submit an affidavit affirming that the change would conform to their gender identity.

Belgium
2017: The legal gender recognition process is largely based on self-determination, and is open to minors.