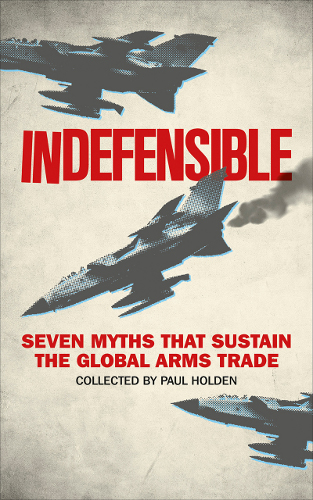 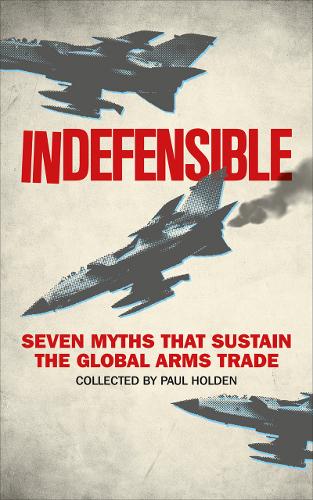 Those who support the arms industry often seem to forget that its business is to manufacture items intended to harm and kill. It’s therefore validating for activists to read the evidence for the claims that the arms trade involves practices that are illegal, unjust, absurd and wasteful of tax payers money – including causing instability in developing countries.

This book also explains how defence spending since the Cold War has contributed negatively to economic growth, and examines the factors that keep the arms trade going, such as the ‘revolving door’ of between the industry and the UK military, and the subsidies and welfare that it receives from governments.

Divided into seven ‘myths’, it tackles the main arguments in favour of the arms trade (that it increases security and brings economic benefits) and carefully presents current examples of corruption and arms proliferation in the trade. In the last chapter the author addresses the view that we are now living in such a dangerous world that we cannot afford to reform the arms trade. On the contrary, the authors show that, despite the horrific conditions in Syria, we are currently safer than ever.

In a time when many lives are threatened by climate change, extreme weather, and famine, this book also contributes to a wider discussion about human security. Real 'human security' cannot be obtained by investing in yet more weapons, which in a time of scarcity will only make it easier to start a war.

In the chapter on the supposed economic benefits of the arms industry the author argues that the arms industry’s contribution to the UK’s economy is actually very small, especially when compared, say, to the food and drinks industry. The jobs it creates are expensive and take badly needed skilled technicians away from civilian industries.

While sometimes using emotive language(‘politicians who want to put their own fingers into the pork barrel’) it's an entertaining read and the analysis is illustrated with clearly explained diagrams and detailed case studies. While aimed at the general public, this book will also be indispensable for any activist seeking to engage a wider audience - and make forceful arguments against the arms trade - in the run up to this year's DSEi arms fair in September.