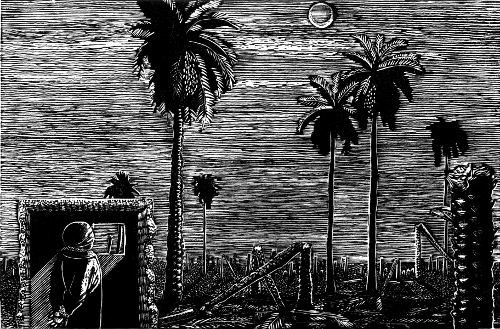 How a human rights lawyer was destroyed

On 2 February 2017, Phil Shiner, the award-winning human rights lawyer who brought the UK government to account for the 2003 killing of the Iraqi hotel receptionist Baha Mousa, was struck off by the solicitors disciplinary tribunal (SDT). In March 2017, Shiner, who was also ordered to pay interim costs of £250,000, was declared bankrupt, and was reported to be in poor health.

Shiner and his legal firm, by fighting for victims of the Iraq war, had made enemies of some of the most powerful forces in our society – the government, the military, and the right-wing press. The British military has been on the back foot since the deeply unpopular wars in Iraq and Afghanistan, with its international reputation damaged and recruitment dwindling.

It seems likely that these rattled centres of established power have been hounding Shiner – and have now seized on his professional demise – to drive home their own long-term agenda: to shift national politics back to unquestioning support for the armed forces and an interventionist foreign policy.

Shiner, 60, set up Midlands-based Public Interest Lawyers (PIL) 18 years earlier, gaining plaudits for the company’s environmental work, for winning a landmark battle for equal pay and pensions for Gurkhas, and for acting for veterans suffering from ‘Gulf War Syndrome’.

However, it was the Baha Mousa case which brought Shiner to the public’s attention – and led to him to coming ‘under concerted attack’, Bill Bowring, professor of law at Birkbeck at the University of London, told me. As a result of Shiner’s efforts, it was found that Mousa had died in British custody after sustaining 93 injuries, including fractured ribs and a broken nose.

In 2004, Shiner was named human rights lawyer of the year by the organisations Liberty and Justice for ‘his tremendous skill, tenacity and dedication to fighting for justice’. William A Schabas, professor of international law at Middlesex University, told me: ‘For many years, Phil Shiner was one of the most effective and eloquent voices against impunity for the violations of international law attributable to the government of the United Kingdom and its armed forces.’

It was after the Al-Sweady public inquiry was set up in 2009 that Shiner’s fortunes started to change. The inquiry investigated accusations by PIL and others that British soldiers had murdered and mistreated prisoners following the ‘Battle of Danny Boy’ in Iraq in 2004.

The inquiry concluded in 2014 that a number of prisoners had been abused, and that British troops had breached the Geneva Conventions. However, in relation to murder, the judge stated that the accusations against British soldiers were ‘wholly without foundation and entirely the product of deliberate lies, reckless speculation and ingrained hostility.’

“The government is risking the same over-identification between lawyer and client that led to the murder of Irish human rights lawyer Patrick Finucane.”

The British defence secretary, Michael Fallon, denounced Shiner for leading the ‘shameful attempt’ to attack the British armed forces. He announced that the solicitors regulation authority (SRA) would be investigating.

Taking his cue from Fallon, in a December 2014 article titled ‘These human rights parasites should be tried for treason’, Richard Littlejohn of the Daily Mail suggested that those falsely accused ‘would be happy to form a firing squad’ to shoot Shiner.

This campaign against Shiner was widely criticised. ‘In sending a dossier to the Solicitors Regulatory [sic] Authority the government is not only trespassing on an important separation of powers’, a March 2015 Guardian editorial argued; ‘it is risking the same over-identification between lawyer and client’ that led to the murder of Irish human rights lawyer Patrick Finucane in 1989.

Indeed, Shiner was receiving multiple death threats. The UK law society and the council of bars and law societies of Europe wrote to the UK government to protest against its political attacks on Shiner.

Announcing in February that Shiner had been struck off, the SDT upheld 22 charges of professional misconduct surrounding the Al-Sweady inquiry. This judgement was based on sources including emails, text messages, handwritten notes and witness statements. Shiner, pleading ill health and lack of funds, did not appear – and was not represented – at the trial. According to the SDT, the charges were ‘proven to the criminal standard of proof’.

The Legal Futures blog summarised the charges: ‘authorising unsolicited direct approaches to potential clients; paying prohibited referral fees to, and approving an improper fee-sharing arrangement with, a middleman, Mazin Younis, and later bribing him to change his evidence on how the clients had been identified; misleading the SRA [all these were admitted by Shiner, though he did not admit to the following]; failing to comply with his duty of candour to the court; failing to comply with his duty of full and frank disclosure to the Legal Services Commission; and making improper allegations at a press conference that the British Army had unlawfully killed, tortured and mistreated Iraqi civilians, including his clients.’

‘His misconduct has caused real distress to soldiers, their families and to the families of Iraqi people who thought their loved ones had been murdered or tortured’, stated Paul Philip, the SRA chief executive.

Other than Shiner, I cannot find any journalist or commentator who has questioned the SDT’s findings, though the Leigh Day law firm (see below) has claimed the SRA may have been pressured by the government to bring the case.

Shiner’s professional disgrace has already had significant repercussions, with Professor Schabas noting it ‘has only emboldened those who proclaim impunity for war crimes and other violations of international law.’

In October 2016, the government announced plans to opt out of the European Convention on Human Rights during future conflicts to block an ‘industry of vexatious claims’ against troops – a move criticised as dangerous by both Liberty and the Law Society.

In February 2017, it was announced that the Iraq historical allegations team (IHAT), the unit investigating claims of abuse by British forces in Iraq, would be shut down. Shiner’s downfall was ‘the beginning of the end for IHAT’, Fallon noted, ‘Now we are taking action to stop such abuse of our legal system from happening again.’

As part of this process, the royal military police are to discontinue investigating 90 percent of the 675 allegations of abuse from Afghanistan, according to the ministry of defence.

The government’s pursuit of Shiner seems to have been a deliberate attempt ‘to chill future claims’, according to the Guardian (3 February 2017).

Professor Bowring agrees: ‘Any lawyers who assist victims of UK government injustice can now expect similar treatment’ to Shiner. He adds: ‘The attacks on Shiner culminating in the latest findings, closure of Public Interest Lawyers, bankruptcy, and criminal prosecution are likely to be the fate of any campaigning lawyers.’

It was reported in April that the law firm Leigh Day is being prosecuted by the SRA because of its conduct during the Al-Sweady inquiry.