Some ways to change attitudes towards ‘damned foreigners’ 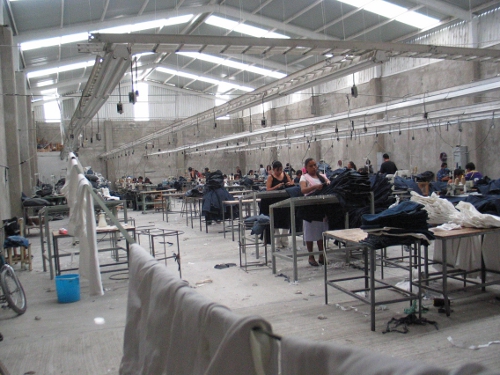 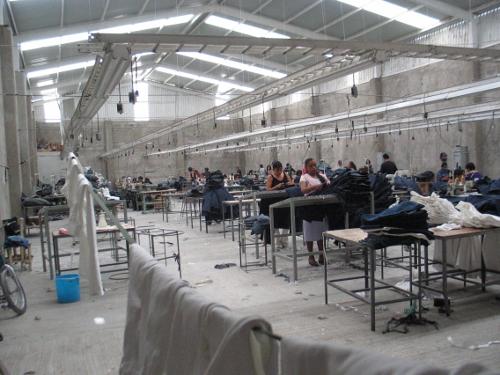 Women working in a maquiladora textile factory in Tehuacán, Mexico, 1 May 2007. Photo: Guldhammer via Wikimedia commons.

In this issue, we are offering some resources for campaigners struggling for peace and justice in post-Brexit Britain. Here is an excerpt from Linda Stout’s invaluable book, Bridging the Class Divide – and other lessons for grassroots organising. In this book, Linda explains how she, a white woman who grew up in poverty in rural North Carolina, founded and built up a powerful community organisation called ‘Piedmont Peace Project’ in the early 1980s. PPP worked on local needs as well as on national security and foreign policy issues – always building in work on racism, sexism, and homophobia.

We brought to our folks’ attention the national issues which had an effect on our area. One of these issues was military intervention in El Salvador. In those early years of PPP [in the mid-1980s], one of the things we did when we were talking to folks was to carry around a little brown towel that I bought in Kannapolis village [in North Carolina].

When people started talking about those ‘damned foreigners’, we pulled out this towel and said: ‘You know, you’re right. We bought this towel in the local store in Kannapolis and you’re right, it’s made by a foreigner. But, you know what? That worker only makes a couple dollars a day and that worker’s children are going hungry. There is no money to keep his children in school and no grievance for protesting terrible working conditions.’ And we’d say: ‘Workers can’t protest because the military would be sent in by the government to stop them from trying to get better working conditions and better pay. And the worker who made this towel works for an American textile mill that closed down here and moved to El Salvador’.

Then we would point out that the US government was supporting the military in El Salvador for the sake of American businesses. People really understood that. In 10 minutes, we could have them moving from cussing the foreigners who they believed had taken their jobs to understanding that the US government was responsible for protecting US investments in those countries, and giving the US companies tax breaks to move there.

We used that towel as a way to begin to get people to see that the issue was not about working people taking each other’s jobs, but it was about capitalism and the US government. Then we would get people to write letters to their congresspeople asking the US government not to support the government of El Salvador. We learned that it was easy for working folks to make the connections between local, national, and international issues once they got information in language that made sense to them.

While we were working in [the town of] Midway, some community folks approached us about the Proctor-Silex Hamilton-Beach Corporation (referred to locally as just Proctor-Silex). A lot of folks in Midway worked for Proctor-Silex. The plant employed eight hundred local workers. They made small home appliances like toasters and irons. Approximately 80 percent of the workers were women. Several Piedmont Peace Project members worked there.

In the spring of 1991, Proctor-Silex announced that they would be phasing out their operation in Moore county and moving to Mexico. People were going to lose not only their jobs but also their health insurance and possibly their pensions as well. The plant would also leave behind many disabled workers who were unable to work in other jobs, and was walking away from a toxic waste dump. Our members and board of directors asked the PPP staff to address these problems.

We began by organising with our board members and members who worked at Proctor-Silex to pull together a meeting of other workers.

We began that meeting by letting people speak of their concerns and fears, and then facilitated a process of getting workers to identify issues and goals. And last, we began to educate people on the issue of ‘maquiladoras’ [sweatshops]because our people were blaming the Mexicans for taking their jobs.

Just as with our earlier organising about El Salvador, it was important for folks to understand that they shouldn’t blame poor people in Mexico, but instead they should criticise the US corporations and government policies (tax breaks and incentives) that supported moving plants out of the United States.

We talked to plant workers about the Mexican workers who were getting their jobs – mostly women who are incredibly oppressed and working in horrible conditions that are destroying their health.

We knew we’d made progress when one of our members who worked at Proctor-Silex said: ‘Used to be when I saw a Mexican worker, I just wanted to run them down in my truck, but now I know that they’re poor people, just like me, trying to feed their children.’