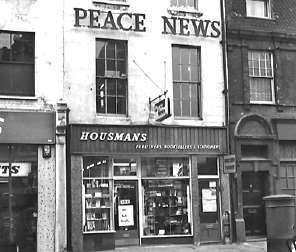 For many years, PN played a central role in British opposition to nuclear power generation, especially because it combined a political with a technical critique of the nuclear industry. It also, as over many issues, provided ‘nuts and bolts’ advice for campaigners. Here, PN co-editor Linda Peirson gives some tips.

Every three months, I take direct action against nuclear power. It doesn't involve sitting in the road, cutting fences or trespassing. I simply withhold 11 percent of my electricity bill, like hundreds of others involved in the Consumer Campaign.

The campaign is based on the fact that, quite apart from all the other arguments against nuclear power, the nuclear generation of electricity is more costly than other methods. Most other Peace News readers, like myself, will find other arguments such as nuclear proliferation and the disposal of waste more compelling. But the argument most likely to persuade the majority of people in this country to halt the development of nuclear power is the financial one.

So, every time my electricity bill arrives, I deduct 11 percent, which represents the proportion of electricity generated by nuclear power stations.... By law, electricity should not be disconnected if the withholder ‘is not trying to evade liability to pay, but is bona fide disputing the amount due’. We claim that we have been overcharged for our electricity, and to prove that we are not evading liability to pay, we send the withheld amount to the Consumer Campaign Trust fund.

This action operates in many different ways, and everyone can choose a level of action appropriate to themselves. I always accompany my 89 percent payment with a letter explaining my objections to nuclear power.... Taking the step of withholding demonstrates to people that you feel strongly about the issues. I've found that friends and relatives who don't share my views are actually interested in the fact that I withhold, and it provokes some interesting discussions. Here the fact that we claim it as a ‘legal’ action is useful. People who would otherwise ‘switch off’ will take notice if you convince them your action is ‘legal’, however irrelevant the finer points of the law may seem to us.

Most of us, at some point, pay the withheld amount. Most often this is when we are threatened with disconnection.... One or two withholders have managed to persuade a magistrate to hear them before granting a warrant [to allow forced entry in order to disconnect the supply]. But the magistrate has decided there is not a bona fide dispute and proceeded to grant the warrant.

From a longer explanation of the Consumer Campaign in the 4 April 1986 issue of Peace News. Buried Treasure is compiled by Albert Beale, author of Against All War: fifty years of Peace News 1936–1986.