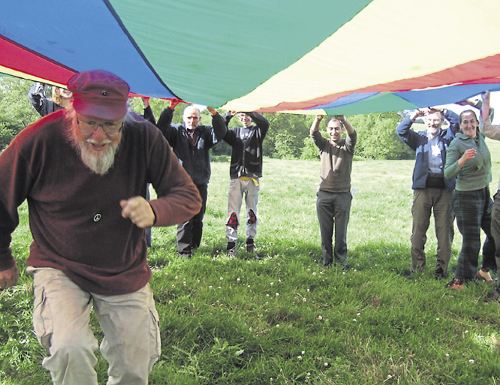 This year the theme of Peace News Summer Camp is ‘With My Hammer’, to celebrate the 20th anniversary of the historic ‘Seeds of Hope East Timor Ploughshares – Women Disarming for Life and Justice’ action. The anniversary of the four women’s acquittal falls on the Saturday of the camp, 30 July.

There will be a workshop with at least two women who hammered on the Hawk jet due to be exported to Indonesia, and also women from the Seeds of Hope support group, who played a crucial role in the process. 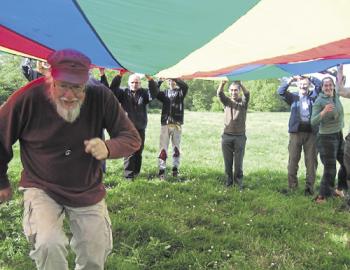 The idea is that all of us have some kind of hammer that we use to work for life and justice, whether it is art, poetry, direct action, conflict skills, bookkeeping, song, knitting, writing.... The camp is an invitation to connect with other folk, some new to activism, some who’ve been around for decades, and to explore nonviolent direct action.

Entertainment is provided by the mighty Seize the Day! a world-class political folk band, who will be performing their powerful song about the Seeds of Hope Ploughshares action, ‘With My Hammer’.

As requested last time, we have more activities in the Teen Space (organised by teens), and we’re trying to help Crabapple build a hot shower for use during the camp!

If you’re interested what goes on at the camp, but are not up for camping, there are places to stay around Crabapple, and we might be able to find you a bed to sleep in if you get in touch.

After the last camp, people’s poet John Hegley wrote to us: ‘What a champ camp!’

Some things that last year’s campers said they liked about Peace News Summer Camp, which was also held at Crabapple community near Shrewsbury:

Get your tickets now from www.peacenewscamp.info