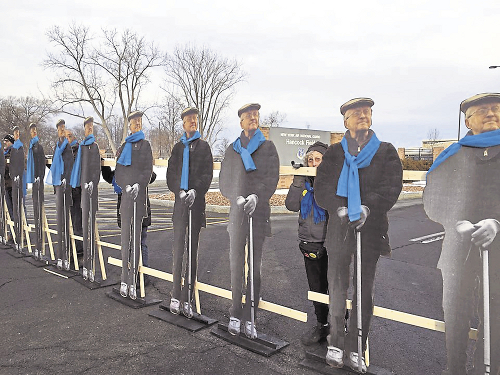 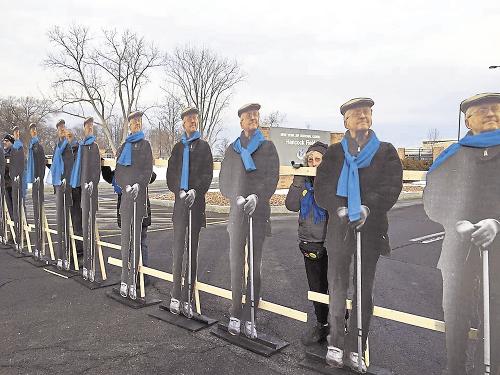 On 28 January, 30 life-size cutouts of peacemaker Jerry Berrigan blockaded the main entrance of Hancock air national guard base outside Syracuse, New York. The 12 nonviolent drone resisters who supported the 30 Jerry Berrigans were arrested after blockading for 90 minutes. Jerry Berrigan dedicated his entire life – like his brothers Dan and Phil – to Jesus’ command to love one another. He came to the base for drone protests on a fortnightly basis whenever he was able. He died on 26 July 2015 at the age of 95.