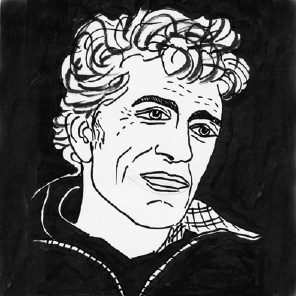 When I was at grammar school in the 1950s, our High Tory economic history teacher poured scorn on the Chartists, the suffragettes, the co-operative movement, trade unionism, conscientious objection and, of course, nationalisation.

When some of us asked about the freedom to protest and freedom of speech, he offered Speakers’ Corner in Hyde Park as proof positive that we lived in a free country and anybody could say what they liked about anything.

Some of us had heard of Speakers’ Corner but none of us had actually been there. However, even at 16 years old, we wondered if it was tolerated only because our government knew it had nothing to fear from what was, in effect, a safety valve.

Freedom of speech however – even in supposed democracies – is always a hot topic and years later I first encountered the anarchist slogan ‘If voting changed anything, they’d ban it’ and wondered if it might apply to Speakers’ Corner.

My friend Jim Huggon – who worked at Freedom Bookshop and also (sometimes simultaneously) at Housmans Bookshop – was also a regular performer at Speakers’ Corner for many years as well as being an occasional contributor to PN.

After we’d met, I went up specially to hear him and was very impressed. He wore a hand-knitted red and black diagonal-design anarchist jumper and spoke with tolerance and humour. He had a way with hecklers and I sensed that – like the Methodist reverend Donald Soper and the humanist Barbara Smoker– he had a regular following.

What has put me in mind of all this is Philip Wolmuth’s excellent history, published last year. Speakers’ Corner: debate, democracy and disturbing the peace (The History Press: large format paperback, £14.99) is profusely illustrated by Philip’s excellent, witty and humane photographs. They stretch back almost 40 years and are as much a delight to the eye as his wise words.

It’s a polished gem of a book and I’m delighted that Jim features in both words and picture. He’s worth quoting in full:

‘People ask me “how do you become an anarchist?” Well it’s not easy. You can’t rearrange the whole fabric of Western Civilisation just like that. For a start, it’s against the law. So you’ll need to practice. To begin with, try breaking a few little laws: ride your bike home at night with no lights on; walk on the grass. Then as you get more confident, move on to bigger things; commit a public nuisance; disturb the Queen’s Peace. Keep practising, and before long you’ll be robbing banks and overthrowing governments!’

Actually, pacifist Jim can’t remember urging bank robbery – never mind riding without lights – but I imagine his listeners would have caught the spirit rather than the deed and who knows – apart from Philip – what he might have said in the heat of the spontaneous moment?

Personally, I hope he said what he said and others continue to provoke in the same way.

‘Although Speakers’ Corner no longer plays any significant role in day-to-day political life, it remains a unique arena for authentic public debate, with a special place in the struggle for democracy in Britain.’

I fancy the net may have contributed to this. Instant access to anything and everything means that live face-to-face confrontation is being replaced by its virtual equivalent.

I hope they’re still as witty as Norman Schlund was in 1979:

Meanwhile, I remain, as ever, amused by the notion of ‘disturbing the peace’. What peace? For virtually the whole of my life, Britain has been at war somewhere in our disturbed world.