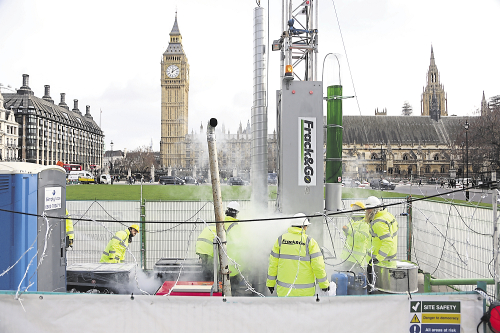 On 9 February, Greenpeace installed a realistic-looking 10-metre fracking rig and drill in Parliament Square, London, to ‘bring the local impacts of fracking to the heart of democracy’. The rig gave off a bio ethanol flame every hour, speakers broadcast the sounds of drilling and lorries, and a two-metre-high illuminated road sign gave drivers and passers-by anti-fracking messages (many of them sent in by Greenpeace supporters by social media).