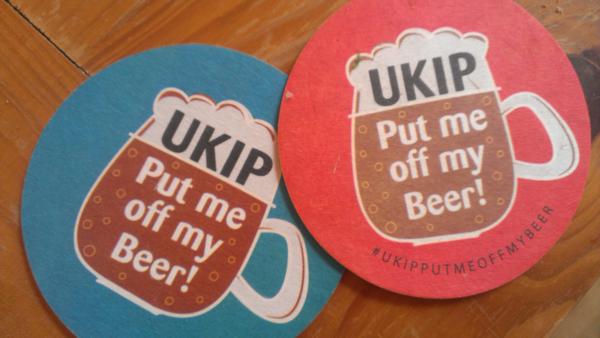 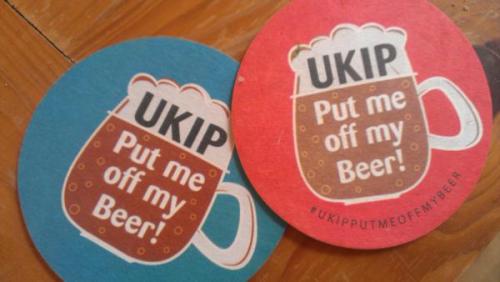 My favourite local pub is the Horse & Groom – up at the top of Norman Road. It proudly boasts its history as the oldest pub in St Leonards-on-Sea, in East Sussex, and is a fine example of what I have always called ‘OMPs’ – Old Man’s Pubs. That’s not an insult, it’s just a special kind of pub.

You enter and there’s usually a warm, quiet atmosphere – a bit of chat at the bar, a few small groups of people sat around tables, a solitary chap reading a paper with a well-behaved dog at his feet. And no background noise. The primary assault
on the senses is the reassuring hoppy smell of well-kept ales. Bliss.

It is true that in any OMP a degree of tolerance of others not like yourself is necessary. But halfway through November, when a poster for a UKIP fundraiser in the venue behind the pub went up, I started feeling uncomfortable.

Then I heard that there was to be a closed meeting in the same venue in early December for UKIP to select a new parliamentary candidate. In my mind there is a difference between a few people at the bar who have views different to your own and a pub being formally identified with a political party, because it holds regular meetings there.

There is nothing wrong with that, so long as you aren’t too bothered about the policies and behaviour of that particular party. But I do have a problem with UKIP. Generally, I am a very tolerant person – some people might say that I’m too tolerant. However, the one thing I do not tolerate is intolerance, and, in my opinion, UKIP policies – and, more importantly, the actions of many of the individuals within the party – are intolerant to the point of ignorance.

So, through the end of November and early December, I was struggling with an internal dilemma. My heart was telling me I loved the Horse & Groom so much I should just ignore the UKIP connection. But my stomach was telling me that
the beer just wouldn’t taste right any more.

I didn’t want to organise a boycott – too angry and confrontational – and I didn’t want to upset David either. David may not be everyone’s cup of tea, but he’s a good landlord.

So, instead of boycotting, I invited all my Facebook friends in Hastings to come and have a Christmas drink with me on the evening of the UKIP meeting. I thought that whilst the UKIP-pers were having their quiz and fish and chips and meat raffle in the back room, it would be good to fill the pub up with people who like their beer, but don’t like UKIP policies. I made some stickers which spoke the truth: ‘UKIP Put me off my Beer’.

In the end, about 700 people were invited, and out of that about 30 said they would come and 20 said they might.

By the end of Tuesday afternoon, David had got wind of the plan, and cancelled the UKIP meeting. I have to say, I was VERY surprised as well as very delighted.

I still went to the pub on Thursday. As the steam left my spex, and I got to peer myopically around, I saw that there were indeed a good few faces who had fulfilled the Facebook promise and turned up in the real world. I had left the stickers at home – it didn’t seem necessary to wave them around gloating, we just had a jolly night drinking beer – and it tasted GOOD!

I want to say a formal THANK YOU to David for changing his mind about the meeting that Thursday. Nigel Farage may well have a head full of froth, but UKIP don’t have a monopoly on drinking good old British beer in lovely Old Man’s Pubs.

Spread the word – and Three Cheers for the Beer!

Erica and her friends have printed 20,000 beermats with the slogan ‘UKIP put me off my beer’ and are distributing them in Thanet, where Nigel Farage is standing. To donate towards a second print run, email or PayPal to: ukipbeermats@gmail.com