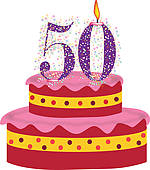 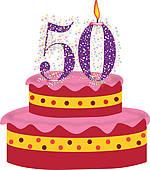 I’m going to be 50 this year. What once seemed an impossibility will become a reality in July. In the next 10 years, I will experience the menopause, watch our children leave home, begin to feel the impact of ageing on my body. This is the decade which will force me to admit I am no longer young. Such life events always put me in a ruminating mood, and this week I’ve been thinking a lot about what turning 50 means for my activism.

In some ways things have changed very little since the 1990s when I first became politically-engaged. Then, as now, we followed up a brutal war in Iraq with no-fly zones and air strikes. Then, as now, we had a Conservative government implementing severe cuts in health and social care. And I fought against both. But in other ways everything feels very different.

Technology has transformed the tools of campaigning – from the design of leaflets to the way we communicate. The internet has brought both challenges and opportunities. When security services can look at our emails and social media accounts without our knowing, privacy remains a huge concern.

Yet social media campaigns such as the Spartacus network (which challenged government changes to Disability Living Allowance) have been hugely successful. And the activists (including my husband Chris) who recently entered RAF Waddington to ‘End the Drone Wars’ were able to successfully promote the action by uploading photos onto Facebook before they were arrested. Both of which would have been unthinkable in the past.

And I’m the same and different too. The same, in that I am still outraged by the indiscriminate killing of civilians in Iraq, Syria and Afghanistan in the name of fighting the war on terror. I’m still furious that the people who need society’s help most – people who are sick, disabled, homeless, poor – are the ones who are getting the rawest deal under austerity. I’m still determined to work as hard as I can for positive change.

But different, in that, although I am a pretty optimistic sort of person, I feel despair more often than I used to. Particularly because the world feels harsher than it did when I was young. I’m also less inclined to go to demonstrations than I used to be (today, for example, I won’t be on the Trident march) as I know I’ll feel the after effects the next day.

Lately, I’ve also noticed a change in the way I respond to new ideas.

When confronted with a fresh concept, I often struggle to understand it, asking awkward questions of the proponents. Which has led to some challenging conversations with younger activists on social media, for whom the issue is simple. But then, I’m also noticing that I’m less certain of my views than I used to be.

In recent weeks I’ve seen arguments raging on social media about freedom of speech, the right to offend, secularists angry with religious people, religious people insulting about secularists, Greens fighting Labour activists, Labour activists fighting Greens. Where once I’d have argued in favour of one position, I find myself accommodating several. Where once I’d have argued to the death, I find myself backing out of conversations that are going nowhere. Perhaps that’s something getting older brings us. Perhaps that’s the beginning of wisdom.

So what does this all mean for me as I enter my fifties? It means recognising the limitations age brings, and fighting natural tendencies towards developing a closed mind and an unwillingness to get out on the streets. It means recognising the value of experience, the importance of understanding political nuances, and knowing when it is useful to share this with younger activists, and when it is good for me to sit back and learn from them. Above all, it means refusing to submit to hatred, ignorance and cruelty. To embrace instead WH Auden’s view that ‘we must love one another or die’. Words to live by.