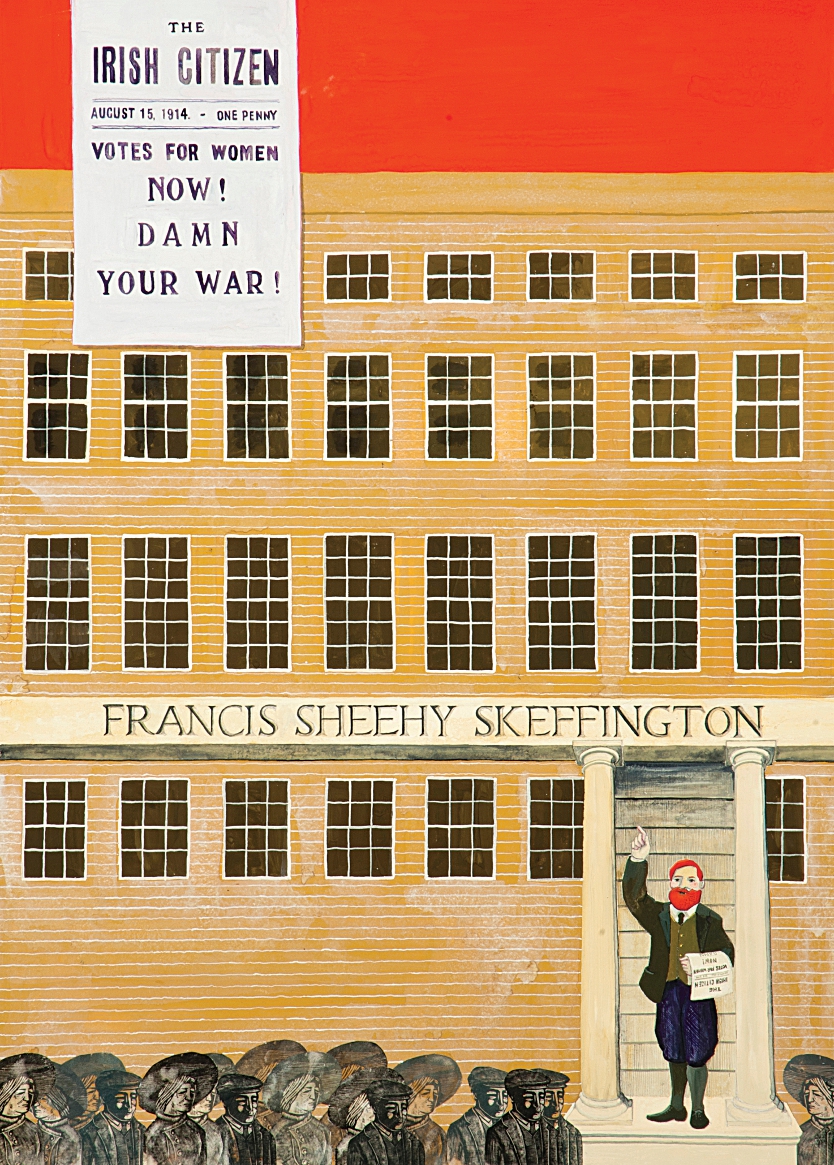 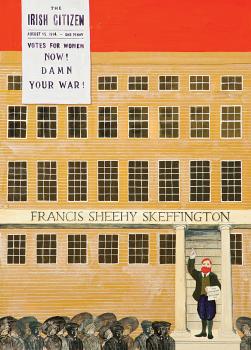 A passionate feminist, the Irish pacifist Francis Sheehy-Skeffington viewed war and anti-feminism as ‘branches of the same tree – disregard of true life-values’. It is therefore unsurprising that, less than a fortnight after Britain’s declaration of war in 1914, the paper he edited, the Irish Citizen, produced a poster bearing the immortal slogan: ‘Votes for Women Now! Damn Your War!’

Not just a practioner of active nonviolence, Skeffy also advocated nonviolent revolution, criticising the militarism of the (armed) nationalist Irish Volunteers. He asked: ‘Can you not conceive of... an organisation of people prepared to dare all things for their object, prepared to suffer and to die rather than abandon one jot of their principles – but an organisation that will not lay it down as its fundamental principle: “We will prepare to kill our fellow men”?’

In the autumn of 1914 he began speaking out against the war every Sunday at Beresford Place in Dublin, delivering 40 speeches until his arrest in May 1915 for making statements ‘likely to prejudice recruiting for His Majesty’s Forces’.

Sentenced to six months’ hard labour he declared: ‘I will eat no food from this moment, and long before the expiration of the sentence I shall be out of prison, alive or dead!’ Seven days later, a pale skeleton of his former self, he was released under the ‘Cat and Mouse’ Act. He was never recalled to complete his sentence, but was summarily executed during the Easter Rising the following year.

To those who branded him a crank he would respond: ‘Yes, that’s right, and a crank is a small instrument that makes revolutions.’