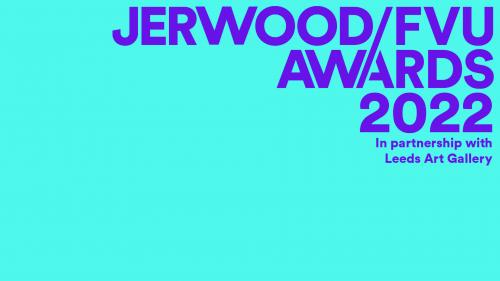 The Jerwood Space is the kind of space you invent in one of those Why-Don't-They conversations that regularly happen amongst frustrated utopians with artistic leanings. Beautifully housed in a refurbished Victorian school, it is mixed space of rehearsal rooms, gallery space, studio space, rehearsal rooms and hipster café. Every inch of it is thoughtful and reflective; even the café seems to have caught the self-reflective practice vibe, announcing: NO INSPIRATIONAL QUOTES. JUST GOOD COFFEE. It is its own Platonic essence of East London arts space.

Soojin Chang and Michael, the winners of this years Jerwood/FVU awards were selected from over 300 proposals by a panel put together by the Jerwood and their collaborators on this project, Leeds Art Gallery.

Placing the works together, and watching them on the same day, in spaces that are similar, but configured differently, allows for new and reflective readings in both works. The subtle effects of how a space frames and situates a piece; and how it relates to the other works around it are underscored in the contrasts such as the choice of a white or black box, the drawing attention to/ or not of the carpet on the floor, how distant we are from the screen, whether we are aligned with the long or short side of these rectangular boxes.

These contrasts spill into or from the pieces themselves; the centrality or otherwise of maleness, the sense of welcome or distance from the figures in the works all become entangled with those differences between the spaces in which we watch the works.

Proposed as a ‘radical, semi-fictional work which explores the fusion of interspecies life’ Soojin Chang’s BXBY follows the work of a selkie-like figure, who emerges from the sea and attempts to become pregnant through a homespun process of IVF. Against a casually beautiful background, the being proceeds using what looks like laboratory equipment, used alone at home, in a process of dabbing, culturing, transferring, removing, implanting and inculcating.

The work is described as a reimagining of ‘the chimeric myth of the selkie,’ casting the central figure as ‘a shape-shifting being – part animal, part woman, part alien – who is trying to learn to reproduce’. If that sounds preposterous, it doesn’t feel this way to watch it. The film reads like a video diary in which 'home-made' is both aesthetic and content; the costumes look home-made; the act of conception is self-induced.

What is preposterous is how willingly you can find yourself going along with this premise. It is something to do with the film’s easy guilelessness; it seems to make no attempt at deception, even as it stages a documentary about chimerical interspecies reproduction.

Early on, you can see the bra clasp underneath the selkie’s seaweedy adornments; during a scene where a female deer is shot and butchered (later, parts of her fetus are incorporated into the biomedical procedures of reproduction), you can hear the artist being asked by the hunters what the footage is for and answering in a way that explicitly leaves those hunters out of the artifice of the story.

This means you seamlessly move between concern for this lonely selkie-alien and concern for the artist using a speculum on film; and wonder at the same time whether the act of insemination will be successful for the being, or whether staging it has harmed the artist.

You worry about how cold Chang and her collaborators must have been staging the river birth scene at the same time as wondering what archetypes have been drawn on in the figures that are both familiar and alien. There are some toe-curling moments, particularly for those of us intimately familiar of the uses of specula; and some casually challenging ones - hearing the hunters argue that the deer they shot would have died soon anyway, even as they are surprised to discover she was pregnant with ‘the next generation of deer’, a discovery which fails to disturb their conclusion they have rescued her from a useless life and imminent, painful death.

Baffling, beautiful and pretty deft in its construction of naïve question raising, BXBY is one of two Jerwood FMU/ Leeds Art Gallery’s award-winning works for 2022.

cleave to the BLACK by Michael.:

cleave to the BLACK is a moving image triptych by the artist Michael. whose name announces a rejection of colonial processes he also takes on in the work. Described as a ‘three-screen meditation on masculinity, psychogeography, and blackness,’ the piece has a soothing, understated rhythmic quality, each screen with its own barely detectable heartbeat that regulates the images that it loops through.

On one screen, a succession of Black men - apparently sleeping - in the same space, wearing the same clothes, so for the duration of the film – 30 mins – it almost feels like one continuous shot. We can make out their breathing; they occasionally stir to shift position; some of the positions are touchingly childlike.

A second screen opens on what looks like the staircase of a housing block. A CCTV camera is pointed towards us, as a succession of black men come into view, climb the staircase, and leave.  They move slowly but it’s not clear whether the slowness is a fact of the playback or of the movement.

The third screen opens on a white sky but is a full colour sequence of images in nature. Though the palette is muted, in contrast to the other two black-and-white films, the colours feel vivid.

The shots in this sequence seem to crescendo, unlike the others that loop the same images at a steady, meditative pace. At the centre of this sequence, we see livestock and then a moving camera glides past a young black man staring back at us from a quiet, private place. Rhythmically this feels similar to a villanelle [a special poetic form consisting of nineteen lines - eds], where one can glimpse the reveal all the way though, but it is still a revelation.

Watching these three films simultaneously, at their murmuring pace, allows for a luxuriant consideration of watching, of intimacy, of the instruction for slowness, of the diagram outside the gallery and its relation to the choreography of the work; of the double meanings of cleave; of what it might mean to merge with or divide into blackness or Blackness; of what it is to know or be unknown, of what looking tells us or hides.

It is at moments unspeakably intimate and uncomfortably voyeuristic.

The reverberating CCTV camera, the profiles of the men walking past our fixed point of view, the detail of their bodies in sleep, the twitching shot of livestock, even just the angle from which we see the faces and bodies of the men, all measure the imbalance between being able to look, rest a gaze upon, consider an analysis of - and the vulnerability of those caught by the gaze.

cleave to the BLACK describes an intimately textured violence in the act of looking at Blackness and is one of two pieces commissioned for the Jerwood/FVU awards 2022.