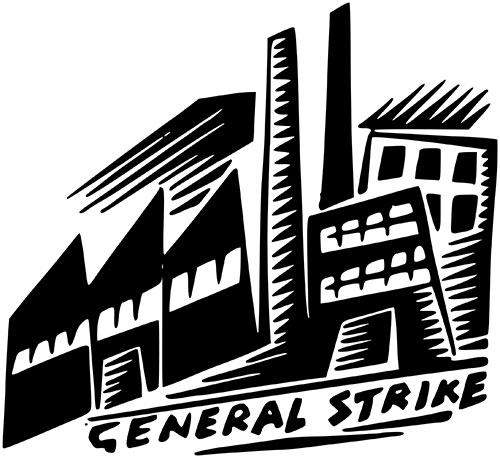 There should be a general strike if Tory MP Liz Truss becomes prime minister on 5 September and pursues the harsh anti-union policies she has announced recently.

That’s the view of Mick Lynch, secretary general of the RMT rail union, who says: ‘Truss is proposing to make effective trade unionism illegal in Britain and to rob working people of a key democratic right. If these proposals become law, there will be the biggest resistance mounted by the entire trade union movement, rivalling the general strike of 1926, the Suffragettes and Chartism.’

Truss has promised Conservative party members that she will pass a law requiring minimum service levels (including staffing levels) on critical national infrastructure, within 30 days of becoming prime minister.

This change, which could affect railway workers, postal workers, energy workers and people working in the NHS, finance and IT, could make trying to ‘go on strike’ pointless, as so many people would not be allowed to strike because they were legally required to work.

While workers struggle to pay their bills, profit margins for the UK’s 350 biggest listed companies were 73 percent higher in 2021 than before the pandemic in 2019, Unite the union pointed out in June. If you leave out the energy companies, average profit margins still jumped 52 percent, despite lower sales.

‘Sympathy strikes’ by workers has been illegal in the UK since 1992; ‘sympathy strike-breaking’ by corporations is not.

A general strike could still be legal if there were many, many strikes, co-ordinated to be at the same time, by groups of workers each with their own grievances against their employers.

It’s not clear how a general strike, the most powerful form of nonviolent action, would turn out.

Rosa Luxemburg, an advocate of ‘the mass strike’, pointed out in 1904: ‘Historically, the errors committed by a truly revolutionary movement are infinitely more fruitful than the infallibility of the cleverest Central Committee.’