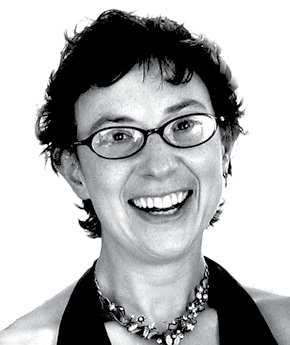 Our Leeds cooperator finds herself enjoying a clash of consciousnesses

The Zapatistas are coming!

Oh no they’re not! Oh yes they are!

Activists around Europe have been planning since January to receive touring Zapatistas, on a ‘Journey of Life’, a field survey of Europe, trying to understand our social and political context and to find accomplices.

The news that they might arrive in a week is apparently surprising.

A chance conversation, being in the right place at the right time, means I’m suddenly involved in trying to find emergency accommodation for 7–10 people – who may or may not come to the UK.

I forward the callout to the Radical Routes email list – well, what’s the point of a UK & Ireland network of housing co-ops if you can’t accommodate some Zapatistas in an emergency?

As the responses trickle back, more news comes in: ah – those seven Zapatistas are going back to Mexico instead.

And so I forward the next email: the recce group is going home, but 200 Zapatistas and other indigenous group reps will arrive in Vienna on Tuesday and stay for up to two weeks. (This seems also to be a bit of a surprise, not least to the Austrians.)

Please can we send people and money to help our Viennese comrades host them and then accompany a delegation back here – if they choose to come here.

Offers of accommodation still welcome in case they do!

By the way, ‘here’ is the WISE islands – Wales, Ireland, Scotland, England. An acronym so ironic that I have difficulty saying it without grimacing.

But back to the logistics.

They’ll be sending 28 delegations to corners of Europe – are we a corner of Europe? Multiple corners even?

The WISE islands need to come up with a draft programme of events, an offer, an invitation.

A programme with no fixed dates, no clarity on how long they can stay or how many people we need to accommodate. And we need to co-ordinate it with other countries.

Maybe it’s a deliberate challenge – are they testing us to see how we do at short notice organising, co-ordinating across the continent?

Maybe an under-resourced, awkwardly co-ordinated, inefficient trip would give them exactly the right understanding of the capacity of the European movements ‘below and to the left’. Forgive my cynicism.

Or does it simply point to different ways of organising, a culture of flexibility and collective focus, which is hard to imagine – even in our WISE islands where we speak roughly the same language, let alone across the 28 or so nations of Europe and its scattered Mediterranean and Atlantic islands?

As I read through their various communiqués**, I realise that my mindset is so different, so much more transactional, diary-bound, concerned with minutiae.

Until I get to know them better, I am utterly confused by their approach.

I’m interested in my reactions – I notice myself feeling annoyed by what appears to me to be both bossiness and whimsy, all of us waiting around for their next decree, and thinking ‘we would never just tell complete strangers, albeit comrades, what to do.’

I think about it a bit more – I would apologise for the short notice, I would add explanation to mollify/convince the person of whom I’m asking the favour, I would assume ‘no’ would be an option.

Then I realise this is all part of an individualist consciousness, not a collective and revolutionary consciousness.

It is clear that we are all on the same page, wanting the same thing – why bother with explanations when you have trust? What need is there to apologise for something that can’t be helped?

I’m amused by my ‘Englishness’, the expectation of ‘would you mind?’, ‘if it’s not a problem’, ‘if you’d be so kind’. Does that in fact create a formalised separateness rather than the collectiveness of assuming joint enterprise?

A thing I’m really loving about the Zap Tour is that it has created new connections with awesome people who will know what I’m talking about – so maybe I’ll have an answer to that question in the next column...

Cath is a Leeds-based co-operator, with an ambition to become more assertive.

* Where are the Zapatistas? They are somewhere else. When will they arrive? A difficult question.

** There are English translations on this site: enlacezapatista.ezln.org.mx