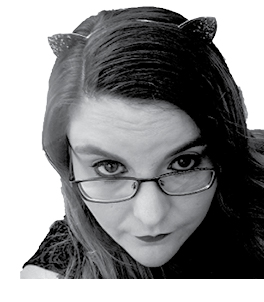 A call for solidarity with ordinary Afghans

I don’t think I am in alone in watching in absolute horror as the rest of the world has abandoned Afghanistan to the Taliban. Our government, with many others, has betrayed their democracy, and abandoned them to a theocratic regime with a reputation for brutality, especially towards women and girls.

For the past 20 years our Afghan sisters have made great strides towards equality. They formed a national cricket team, competed in the Olympics and won awards for their scientific work. The female literacy rate nearly doubled in a decade. Now it appears that much of that is over.

Long before Kabul fell, rural Afghan women were being subjected to the same Taliban oppression that we are now beginning to see in the capital. This is not something that happened overnight, it took months and years of Taliban encroachment on government-controlled areas.

As provincial capitals fell to the Taliban advance, women found themselves turned away from their workplaces and universities by fighters. Beauty salons were boarded up. Adverts featuring women were defaced and painted over. Women found themselves erased from public spaces.

Like domestic abusers, the Taliban promise in public that they have changed. They are saying women will be ‘allowed’ to participate in education, work and public life. But we also heard those same promises back in 1996, and we all know how that turned out.

It has already started. There have been multiple reports of targeted reprisal killings all over Afghanistan.

Banu Negar, a heavily-pregnant female police officer was murdered on 4 September at her home in Firozkoh, Ghor province. Even more deplorably, she was shot in front of her husband and children. At least six policewomen were killed in Taliban-controlled areas recently, before the capture of Kabul.

Female judges have been living in fear of reprisals from the prisoners they sentenced, who have been arbitrarily released by the Taliban. Of 250 female judges in Afghanistan, it is estimated that only two or three have made it to the UK, despite the monumental risk to their lives; house-to-house searches and disappearances have started.

On 2 September, Time magazine reported that, from over 700 in 2020, there are now only 39 female journalists left in Afghanistan, most of them in Kabul. Many of those with the ability and the means have fled for their lives. One who stayed behind and tried to work was told: ‘Go home, why are you even out?’ Women’s voices are being silenced; the Taliban have been in power for only a month.

On 13 September, new rules for female students were announced, including gender segregation and a ‘dress code’, which may or may not include a niqab. There was also a ‘review’ of the subjects taught announced.

One Afghan woman told the Manchester Evening News: ‘All these years I spent learning and now I sit at home and hide because I am a woman.’ It seems that Afghan women are to be ‘educated’, not educated under Taliban rule.

One thing that gives me hope is the Afghan youth, and their number. 63 percent of Afghans are under 25, meaning that they don’t remember the last time the Taliban was in power.

There have been protests, many spearheaded by women, draping themselves in the black, red and green flag of Afghanistan as they know it. Some of these protests have been brutally repressed with beatings, gunfire, shootings and ‘arrests’, particularly of journalists covering the protests.Some have since alleged they were tortured while in Taliban custody. The Taliban have since decreed that any protests, and their slogans, must be approved in advance by their ministry of justice.

We must stand with the Afghan people. 17-year-old Ayda, one of the high-profile Afghan ‘Dreamers’ robotics team, gave a message to the international community: ‘Don’t leave Afghanistan. It needs your support. Children deserve a better life and to be educated.’ And to the Taliban: ‘As for the new government – please let them’ have access to education and to a better life.

Rebecca Elson-Watkins (she/her) is a disabled writer and activist.