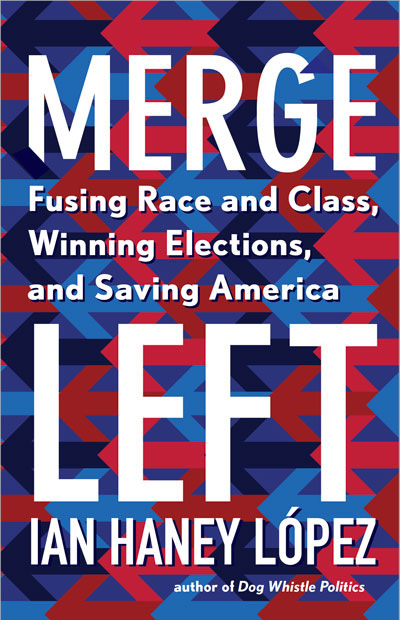 Ian Haney López starts this fascinating and important book by describing his struggle to persuade (older, overwhelmingly white) trade union leaders and racial justice activists (mostly young women of colour) – all in the US – of the need for a cross-racial class fight for economic and racial justice.

Trade union leaders are easier to persuade. Right-wing politicians have used racist appeals to get white people to elect governments that have attacked working-class people. It’s relatively straightforward to see how racism has been used as a class weapon, according to Haney López, a law professor at the University of California, Berkeley.

Anti-racist campaigners are more absolutist. In trying to persuade them, Haney López argues that ‘while moral arguments are important and human beings often act altruistically, it is a losing battle to expect that most whites (or any group) will relinquish a key form of their power simply because it is the right thing to do’.

You have to persuade white people ‘that your pain ultimately hurts them, too’.

Haney López argues that ‘starting the conversations about white dominance feels unwelcoming and overwhelming to many’. He thinks that ‘framing racism as a class weapon and as white-over-nonwhite hierarchy are complementary rather than competing ways to promote racial justice.’

With support from SEIU (the giant US union) and Demos (the progressive US thinktank), Haney López and his collaborators created the Race-Class Narrative project. This book contains the results of the research that they did together, and provides context for understanding what it means.

The project was not about ‘class before race’ or ‘race and class’ (in the sense of ‘let’s do both issues in parallel, at the same time’), it was ‘race-class’ – seeing the two issues as ‘inseparably connected’ because racism has long been used as a class weapon.

The goal of the project was to come up with race-class messages that would be popular among white people.

The three parts of the Race-Class Narrative are: ‘join together across racial lines’; ‘distrust greedy economic elites sowing division’; and ‘demand government for all’.

In the earliest version, it went like this: ‘Conservative politicians in this country go to great lengths to paint government services as handouts to Black and brown people. They have positioned government as a force that takes taxes from supposedly hardworking whites and gives them to supposedly lazy Black and brown people. This is how Republicans get whites of every income level to vote for them, even as their policies rig the economy for the very rich, hurting regular people regardless of their race or ethnicity.’