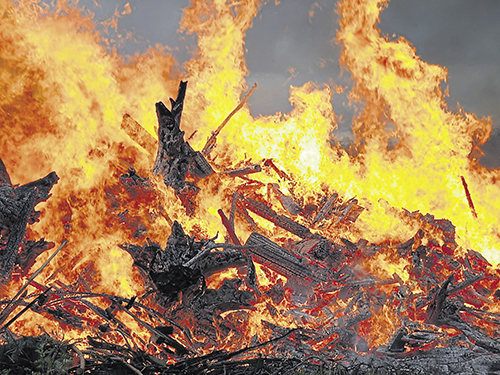 How can white anti-racists stay motivated for the long struggle ahead?

I hope that you found the Whiteness issue useful. I have one more thing to say to white readers, to folk who want to prioritise anti-racism.

If you are a white person who aims to be in this for the long haul, then you may need to dig deep and find some ways that you personally can benefit from the rooting out of racism.

White US philosopher Shannon Sullivan ends her thought-provoking book on White Privilege by pointing out that there are problems with white people basing their anti-racism on ‘good will’, on aiming to ‘help people of colour’.

(I follow Betsy Leondar-Wright in thinking we should retire the phrase ‘white privilege’, but let’s put that to one side.)

One of the problems, Sullivan writes, is that ‘selflessly working to help others almost never provides enough fuel to keep a person going in a long, tedious struggle to achieve something, be that racial justice or anything else’. (Many movements have this problem in keeping activists motivated for years, decades.)

I don’t think Sullivan comes up with very good answers as to what would be good ‘fuel’ for white people’s anti-racism, but she describes the problem very well: ‘The fight has got to matter, really matter, to a white person in a concrete, personal way that they recognize.... It will have to literally hurt if they lose what they have at stake in the fight, if the fight is not successful, if racism and white privilege aren’t eliminated.’

It seems to me there are three kinds of self-interest that we could talk about here. One is where you have a material stake.

If racism means that your union is weaker and that means your income and job security are going to be worse, that’s something concrete and personal.

Secondly, there could be some cause that is very dear to you – like nuclear disarmament – and if that goal isn’t achieved, it hurts.

If racism means that it’s less likely to happen, then that’s personal. I think an argument can be made for a connection.

I’m a South Asian who’s been targeted by white racists, yes – and I’m also a man, a nontransgender man.

Because of that, I grew up with a lot of advantages and I’m given a lot of advantages in the world now. My thinking and my attitudes are still deeply affected by the fact that I’ve grown up and lived as a nontrans man in South Asian and Western cultures.

I want to be part of rooting out sexism and patriarchy. This includes having to give up advantages based on me being a nontrans man.

Some of those advantages and behaviours I’ve been educated to see and can more easily try to do something about. Some of them I find very hard to see, and they have to be pointed out by women around me.

A lot of you will have come across Peggy McIntosh’s 1989 article, ‘White Privilege: Unpacking the Invisible Knapsack’.

If you haven’t, it’s well worth a read, lots of white people have found it valuable. (Though not all white people – McIntosh’s list of 46 ways that she’d experienced advantages as a white person includes a lot of class-based advantages that she doesn’t seem to have realised didn’t apply to working-class and poverty-class white people).

Before making the list, McIntosh starts by talking about her academic work in Women’s Studies: ‘I have often noticed men’s unwillingness to grant that they are overprivileged in the curriculum, even though they may grant that women are disadvantaged.’

She learned from her struggles with men in her university as she tried to bring materials and perspectives from Women’s Studies into the rest of the curriculum: ‘I understood that much of their oppressiveness was unconscious.’ This gave her a clue that perhaps she and other white women were also unconsciously oppressive towards women of colour as they worked together in the women’s movement.

What is it that gives me ‘fuel’ in this sense, in trying to be an anti-sexist man (apart from believing in justice and liberation for women)?

Probably the biggest part of that is my relationships with the women in my life, my partner and my close friends. Whatever hurts them, hurts me. That is motivation.

Also, when I see someone else being excluded, it does often connect to my own hurt at being excluded in earlier times in my life. That hurt of my own is ‘fuel’. Whether that’s healthy or sustainable is another question.

To be more honest than I probably should, another part of my ‘self-interest’ is that I want to have a reputation as a good person.

That can work against the cause, as it can make me want to do things to show that I’m on the right side, rather than the most respectful or effective thing.

Another part of it is to do with my internal life.

I hurt myself when I try to fit into the idea of ‘being a man’ that I grew up with, when I try to be as unfeeling and hard-eyed and invulnerable as ‘real men’ are supposed to be.

I’ve found healing when I’ve been able to be open and emotionally vulnerable with other people, going against that male conditioning.

Another part of my ‘fuel’, to be a little more honest than I should (again), is that I find it interesting intellectually, seeing how male dominance works, how it’s affecting people in wider society – and how it also affects my own behaviour and attitudes and thoughts.

Are there parallels between these kinds of ‘fuel’ and the kind of ‘fuel’ that white people can find for a long struggle against racism? I don’t know.

What I do know is that, like some anti-racist white folk I have met, for a long time in my life, I was self-hating.

I was a self-hating man.

I honestly believed that ‘a good man’ was a contradiction in terms, despite knowing many men who I respected.

It wasn’t until I was 48 that I felt for the first time that I was ‘a good man’, that it was possible.

White readers of this piece who don’t believe in the idea of ‘a good white person’, I hope for a similar moment for you.