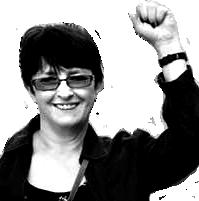 Our columnist turns her attention to racism and royalty

I’ve just had an interesting correspondence on Twitter. It’s about the royal family. No, bear with me.

I am not a supporter of royalty myself, I’d prefer a more democratic head of state.

So the latest buzz in social media is: ‘Harry and Meghan, is it all Meghan’s fault?’ Or is it racism? And that is why I have been following this story.

Kate tenderly cradles her bump out of sheer love and maternal devotion. Meghan ‘can’t keep her hands off her bump’ out of pride/vanity/acting.

And so it goes on.

Well, PN readers might not care about this. These are basically celebrities and it’s easy enough to ignore them. No reason why you should take any notice really.

Except I can’t help noticing that it’s not just the press (the Express and the Mail being the worst), it’s the people who read and believe and are in denial that there’s any racism involved. Who say, if anyone points it out, that they’re ‘playing the race card’.

Because the press had it in for Fergie (a white duchess who was married to one of the queen’s sons), then the press having it in for Meghan isn’t racist.

And the Daily Mail highlighting that Meghan is apparently ‘descended from slaves’ and ‘(almost) straight outta Compton’? Hmmm. Not racist either.

Then there’s the Danny Baker incident (he tweeted an image of a chimpanzee labelled as a ‘royal baby’, days after Meghan gave birth). Danny ‘doesn’t have a racist bone in his body’, you know.

I had thought we’d become less racist (and less sexist and homophobic) and society seemed to be heading that way. But Brexit and the rise of the far-right has made it more acceptable to express views that were once things racists kept to themselves.

Or is it just that we didn’t have social media back in the day so there wasn’t a platform for people to say what they really truly think?

To be clear, none of the participants in this Twitter feed was being overtly racist (though there were some racist tropes such as ‘uppity’). The main thing I noticed was the denial that the press was doing anything wrong, other than making its dislike clear. And many people follow that line: ‘I just don’t like her’.

You don’t know what someone is really like unless you know them personally, so you have to get your opinion of a public figure from somewhere and that somewhere is often the popular press.

Of course, I am not arguing that there should not be press reporting on public figures, not royalty, not politicians, not entertainers or sports people, and particularly not those who cost us money.

There’s that accusation of ‘hypocrisy’ of flying while voicing concerns on climate change, which might be justified (as long as it’s not just at those royals ‘we don’t like’) but... that’s for another column.

There just needs to be a whole lot less bullying, of women in particular, and the press needs to dispose of those columnists who are, frankly, racist.

No, being friends with Sajid Javid doesn’t mean you’re not racist. And if you’re not sure it really is racist, bear in mind that it’s not necessary for it to be ‘in your face’ racism.

We are now well into the 21st century. Why have we not put all this behind us?