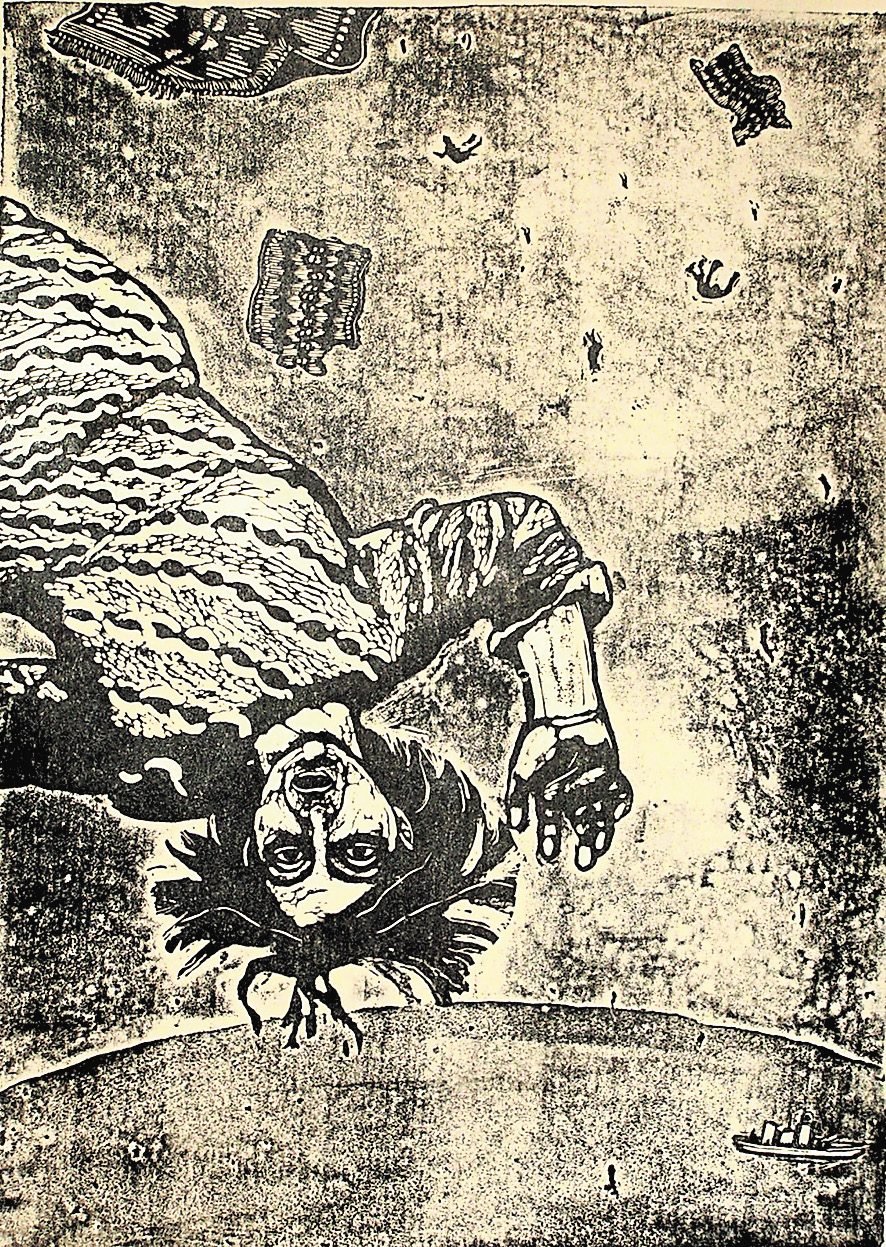 On 3 July 1988, Iran Air Flight 655, a commercial flight inside a commercial air corridor, was shot down by one of the US navy’s most technologically-advanced cruisers, the USS Vincennes. All 290 passengers and crew aboard were killed, including 66 children. Few of the bodies recovered were complete. The US government never admitted wrongdoing and never apologised for the destruction of Flight 655.

This image is from Drawing Paradise on the ‘Axis of Evil’ an exhibition by Emily Johns about Iran. Emily’s pictures are informed by her participation in two peace delegations to Iran.

She describes ‘pre-war art’ as different from ‘war art’. It is ‘the equivalent process for a conflict that I hope may never take place.’

‘Iran Airbus’ is included in an 88-page book, Drawing Paradise on the ‘Axis of Evil’, along with other lino etchings and sketches. The book also contains essays by PN editor Milan Rai on the deceit involved in the Iran nuclear crisis, and the continuing significance of the CIA coup of 1953 which toppled the democratically-elected government of Iran.