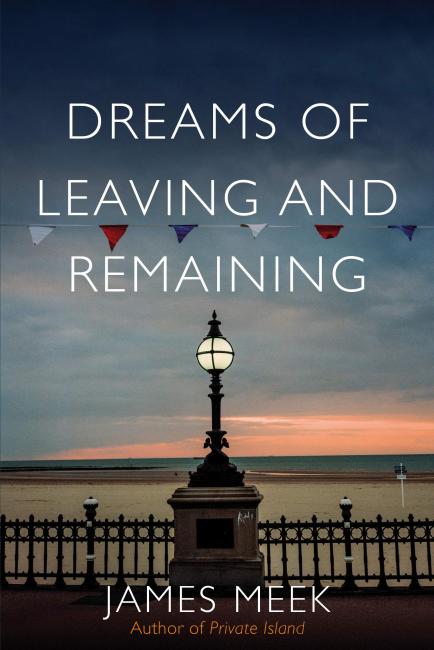 ‘The B Word’. On a recent trip back to the UK from my adopted home of Portugal I was warned-off from using it. For Brexit has become a site of psychic trauma that forces its sufferers into what James Meek terms ‘a horribly demoralising reconfiguration of their sense of themselves.’

It has revealed a side to England that was always there - and that left liberals didn’t listen hard enough to detect. Something that was allowed to happen, more as a failure of the left than a victory of the right.

Brexit's convoluted course across the airwaves and print media has intensified remainer burnout. But by utilising the topics of myths and dreams Meek offers some consolation, often in unexpected form: ‘The best way for Remainers to avoid bitterness over being deprived of membership of the EU is not to settle for less, but to ask for more’, he writes - presumably more social security funding, more recognition for the ex-industrial north, more positive speech about migrants.

Moreover, exploring dreams and myths on a national scale helps us not merely to explain, but also to interpret, current events, exposing the underbelly of recent voter behaviour.

For example, one myth which the political and financial elites have contorted and manipulated for their own gain, is that of Robin Hood. Only in their version of story, ‘the traditional poor — the unemployed, the disabled, refugees — have been put into the conceptual box where the rich used to be... the Sheriff of Nottingham runs a ruthless realm of plunder and political correctness, ransacking the homesteads of honest peasants for money to finance the conceptual rich’, while ‘Robin Hood is a tax-cutter and a handout-denouncer. He’s Jacob Rees-Mogg. He’s Nigel Farage. He’s Margaret Thatcher and Ronald Reagan… He’s winning elections.’

With his clear-headed interpretation of national dreams and political mythology, Meek has a canny ability to provide plausible explanations for the motivations of many Leave voters. This offers both therapeutic benefit for remainers and a potential bridge for communicating with those on the opposite side.

It becomes easier, after reading this book, to see what might have motivated those leave voters who, for example, run farms reliant on EU subsidies. When we discuss myths and dreams, we begin to explain how people could vote in such seemingly-bizarre ways, led by a magnetism of lies and fear, spread via the airwaves.

In this context it makes sense to turn to the nation's subconscious, since ‘a dream, like love or loyalty, isn’t amenable to the application of fact.’ Indeed, Michael Gove spoke for such psychic belligerence when he infamously declared that ‘people in this country have had enough of experts’. More than it ever did, our political landscape now resembles a carnival with the politics of the anti-politician reigning supreme.

The academic Matthew Goodwin has claimed that ‘to many on the liberal Left, Brexit is to be opposed, not understood’. The left does need to ward off a complacency that assumes that all leave voters were simply duped. For such complacency leads to an absence of communication, and a strengthening of divisions that so desperately need to be addressed today. This book suggests useful ways for the left to start listening to those 17 million disgruntled Brexit voters.