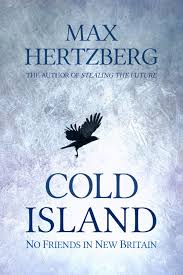 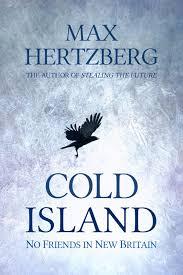 Winter isn’t coming – it has arrived in this chilling post-Brexit fiction set in the moors and towns of Northern England. Britain has become a cold place for EU citizens like Mara, the book’s main character. Mara’s life story – from rebellious punk in 1980s East Germany via road protester in 1990s England to an academic career – is revealed in a series of flashbacks, intertwined with the love story between her and Beth whom she met on a road protest in the 1990s.

The comfortable life Mara has built for herself abruptly comes to an end when her post-Brexit paperwork turns up a long-forgotten conviction from her activist days. Without the right paperwork things quickly spiral out of control and leave Mara at risk of deportation. Having spent more than half her life in Britain, she suddenly finds herself shut out from mainstream society through the post-Brexit bureaucratic hurdles facing EU citizens, and she becomes a ‘Nowhere’.

Helped by a network of activists, she joins other Nowheres – many of them refugees from outside Europe – who find temporary shelter in mountain huts, barns or abandoned holiday villages. Some hope to sit out the time until their official status is secured, others aim for an escape across the Scottish border where policies are more humane and the grip of Immigration Enforcement is loosening.

Previously-privileged Europeans face the same intentionally cruel immigration system and the same prejudices as many non-Europeans already do today. They have arrived in their overcrowded hideaways via disorientating drives in the back of vans without windows and threatening stand-offs with rightwing nationalists. Always on their heels is Immigration Enforcement, not below inflicting further trauma on already traumatised people.

All of the fault lines described in this story already exist, and the book merely extrapolates from them in a way that – as a European living in this country – I would love to dismiss as alarmist, but feel unable to. The post-Brexit UK portrayed in the book is a country fracturing, with renewed troubles in Northern Ireland and a Scotland well on the road to independence.

Cold Island also picks up recent threads and trends in British politics such as Theresa May’s ‘hostile environment’ and the Windrush scandal and asks ‘How bad could it get?’

Set against the political chill is the human warmth coming from solidarity, with ordinary people offering shelter and support.

Activist groups do their best with limited means and often limited understanding of the refugees’ reality, but the most important comradeship is that between the refugees themselves. Their solidarity and ingenuity is tested to the limit when children are snatched away from their parents by an Immigration Enforcement squad. The subsequent attempt to reunite parents and children and secure their liberty takes up much of the book and left me at turns angry, hopeful and at the edge of my seat as audacious plots, desperate betrayals and courageous actions unfolded.

Hertzberg made his name as a writer of good plots and characters with the alternative East German utopia of his Stealing the Future trilogy. In Cold Island, he gives us a window into a much darker but equally vivid possible future. If there is an underlying message to the book it is that ultimately, in a ‘hostile environment’, nobody is safe. The time to stop it is now, and this means standing up for refugees before more of us suffer the same fate.