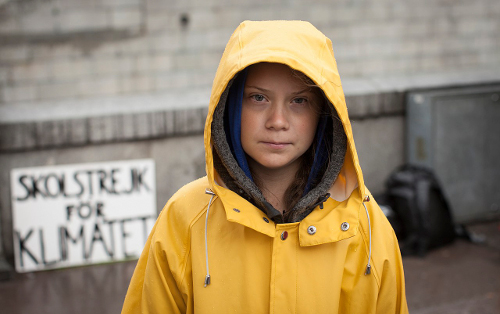 Swedish climate activist Greta Thunberg (16) who has been nominated for the Nobel Peace Prize, delivered this speech to the European Commission on 21 February 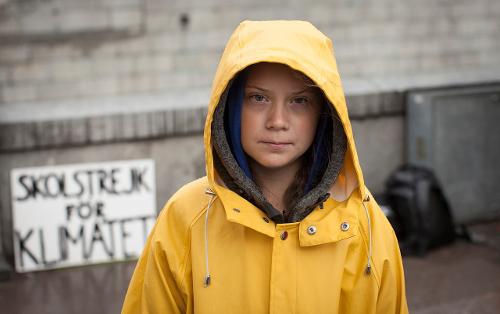 Tens of thousands of children are school striking for the climate on the streets of Brussels. Hundreds of thousands are doing the same all over the world. And some are here today.

We are school striking because we have done our homework. People always tell us that they are so hopeful. They are hopeful that the young people are going to save the world. But we are not.

There is simply not enough time to wait for us to grow up and become the ones in charge. Because by the year 2020, we need to have bended the emissions curve steep downwards. That is next year.

When many politicians talk about the school strikes for climate, they talk about almost anything except for the climate crisis. Many people are trying to making the school strikes a question of whether we should go back to school or not. They make up all sorts of conspiracies and call us puppets who can’t think for themselves.

Once you have done your homework, you realise that we need new politics. We need new economics where everything is based on our rapidly declining and extremely limited remaining carbon budget.

But that is not enough. We need a whole new way of thinking. The political system that you have created is all about competition. You cheat when you can because all that matters is to win to get power.

That must come to an end. We must stop competing with each other. We need to co-operate, and work together to share the resources of the planet in a fair way.

We need to start living within the planetary boundaries, focus on equity and take a few steps back, for the sake of all living species. We need to protect the biospehere, the air, the oceans, the soil, the forests.

This may sound very naïve but if you have done your homework, then you know that we don’t have any other choice. We need to focus every inch of our being on climate change. Because if we fail to do so, then all of our achievements and progress will be for nothing. And all that will remain of our political leaders’ legacy will be the greatest failure of human history. And they will be remembered as the greatest villains of all time because they have chosen not to listen and not to act.

But this does not have to be. There is still time. According to the IPCC report, we are about 11 years away from being in a position where we set off an irreversible chain reaction beyond human control.

To avoid that, unprecedented changes have to take place within this coming decade. Including a reduction of our CO2 emissions by at least 50 percent by year 2030.

And please note that those numbers don’t include the aspect of equity, which is absolutely necessary to make the Paris Agreement work on a global scale. Nor do they include tipping points or feedback loops like the extremely powerful methane gas released from the thawing arctic permafrost.

They do however include negative emission techniques on a huge planetary scale that are yet to be invented, and that many scientists fear will never be ready in time and will anyway be impossible to deliver at the scale assumed.

We have been told that the EU intends to improve its emissions reduction target. In the new target, the EU is proposing to reduce its greenhouse gas emissions to 45 percent below 1990 levels by 2030. Some people say that is good or ambitious. But this new target is still not enough to keep global warming below 1.5°C. This target is not sufficient to protect the future of children growing up today.

If the EU is to make its fair contribution to stay within the carbon budget for the 2°C limit, then it needs a minimum of 80 percent reduction by 2030. And that includes aviation and shipping. So about twice as much as the current proposal.

The actions required are beyond manifestos or party politics. Once again, [politicians] sweep their mess under the carpet for our generation to clean up and solve.

Some people say that we are fighting for our future. But that is not true. We are fighting for everyone’s future. And if you think that we should be in school instead, then we suggest you take our place in the streets, striking from your work. Or better yet, join us so we can speed up the process.

And I’m sorry, but saying everything will be alright while continue doing nothing at all is just not hopeful to us. In fact, it is the opposite of hope. And yet, this is exactly what you keep doing. You can’t just sit around waiting for hope to come. Then you are acting like spoiled irresponsible children.

You don’t seem to understand that hope is something that you have to earn. And if you still say that we are wasting valuable lesson time, then let me remind you that our political leaders have wasted decades through denial and inaction. And since our time is running out we have started taking action.

We have started cleaning up your mess and we won’t stop until we are done. Thank you.