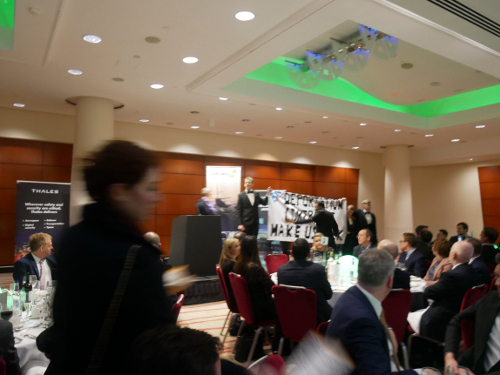 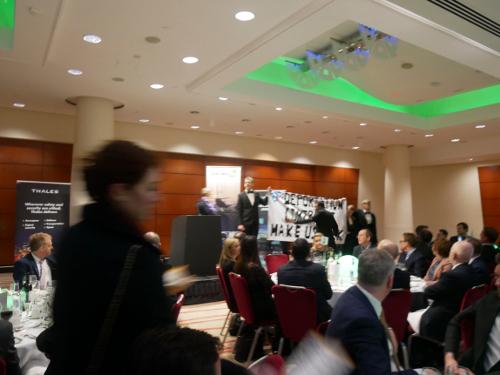 On 30 January, 14 members of queer activist group, Lesbians and Gays Support the Migrants (LGSMigrants) handed out 200 sick bags to executives at an airline industry dinner in a central London hotel.

Four campaigners took to the stage, made a speech, and unfurled a banner saying: ‘BA: deportation contracts make us sick’ (see above). The Airlines UK 2019 gala dinner was attended by the head of British Airways, Álex Cruz – and by aviation minister baroness Liz Sugg.