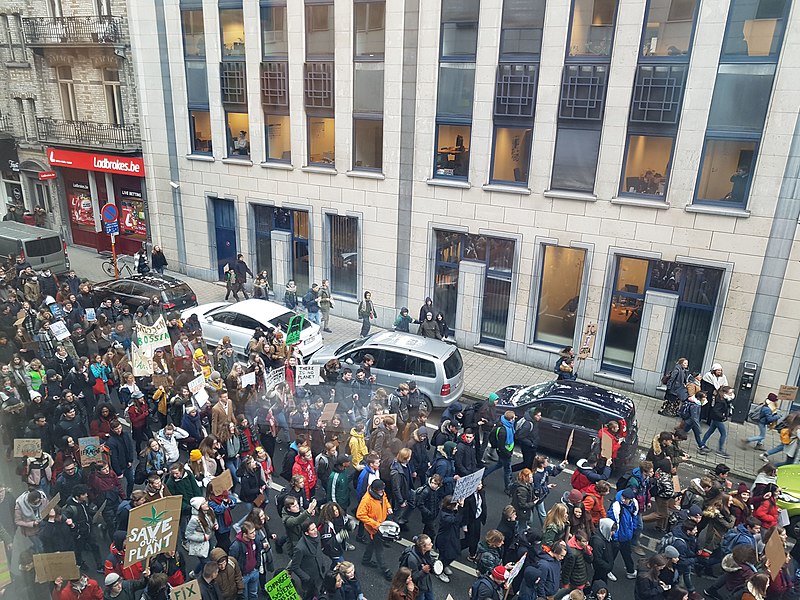 Students, parents, teachers and staff can all help break the hold that fossil fuel companies have on our governments and economies 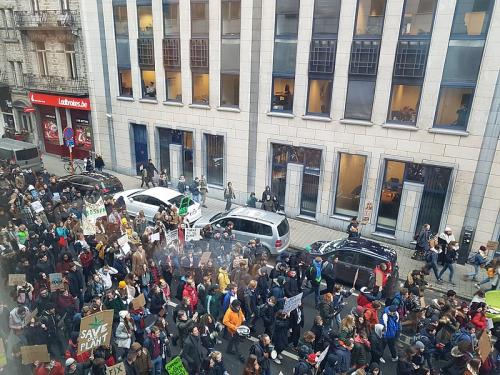 Students march against climate change on Rue de Treves next to the European Parliament in Brussels on 24 January 2019. Bence Damokos [CC BY-SA 4.0 (https://creativecommons.org/licenses/by-sa/4.0)]

These companies – who are still actively looking for more fossil fuels to fill our atmosphere with carbon for years to come – are arguably the major obstacle preventing us from tackling climate change effectively.

Yet many schools and sixth-form colleges around the UK are, without realising it, funding fossil fuel companies through their contributions to local government pension schemes.

These schemes provide pensions for many caretakers, classroom assistants, cleaners, lunchtime supervisors, school secretaries and other non-teaching staff in schools and sixth-form colleges across the UK. (Teachers have a separate pension scheme.)

Local government pension schemes have £16bn invested in giant oil, coal and gas companies like Exxon and BP. Since 2011, a global divestment movement has been campaigning to get churches, universities and pension funds to sell the shares they own in fossil fuel companies (to ‘divest’ from fossil fuels) and to reinvest the money somewhere else.

This is a tried-and-tested method of creating social change. For example, it was successfully used as a weapon in the struggle to end apartheid in South Africa.

So far, over 1,000 institutions, with assets valued at over $8 trillion, have made some form of divestment commitment – causing serious headaches for the fossil fuel companies.

How to join in

If you’re a student, teacher, parent or staff member at a UK school, you can be a part of this!