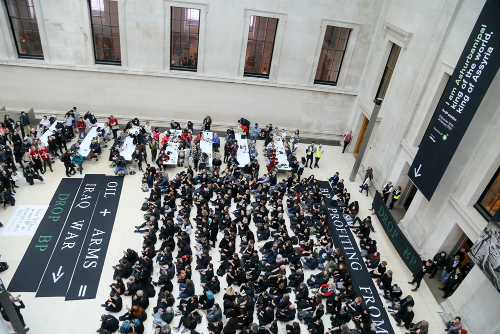 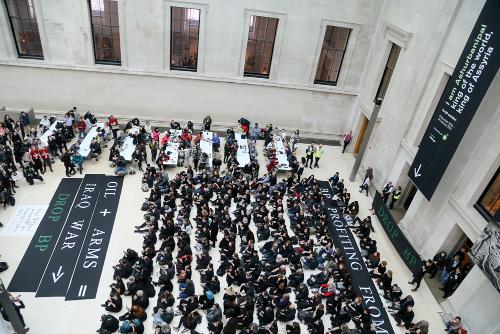 On 16 February, more than 300 activists (using 200 metres of black cloth) took over the British Museum in London in a performance protest against the sponsorship of an exhibition by BP, the oil and gas company. Protestors drew attention to BP’s role in the 2003 Iraq war and its contribution to climate change, holding a banner: ‘The British Museum – proudly sponsored by climate change.’