Louise Toupin, Wages for Housework: A History of an International Feminist Movement, 1972–77﻿ 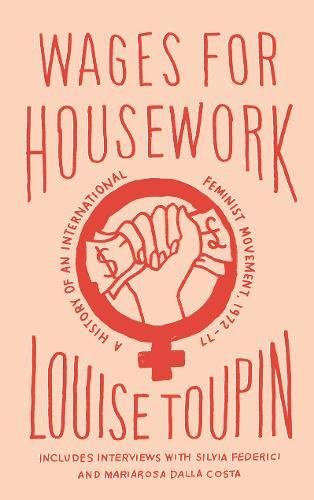 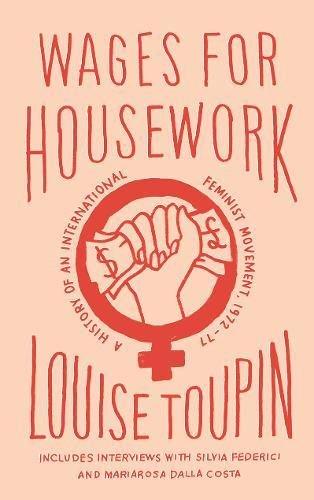 Drawing on her own archives, interviews and experiences, Louise Toupin recounts, from a Canadian perspective, the beginnings (in 1972) of the now-famous global feminist movement, Wages for Housework. In ’70s Quebec, Toupin reports, women couldn’t serve on juries, rape was a crime only outside marriage, and contraception was difficult to obtain.

As Wages for Housework would frame it, the majority of women (60 percent in Canada, 72 percent in Italy) stayed at home, providing a variety of services for the male worker who supported them financially. And, more importantly, they also gave birth to and raised the next generation of workers.

The strand of second-wave feminist theorists whose work provided Wages for Housework with many of its points of reference broke with traditional Marxist formulations, in which housework had no economic value. Instead, they described the home as a ‘social factory’, where labour was produced and re-produced by houseworkers. Through demanding a wage, women made their work visible, even subversive. They could ask for better conditions, such as shorter working hours and adequate housing, as well as financial independence.

Wages for Housework was immediately controversial; one key objection was that a wage would force women to stay in the home when many felt the only path to liberation for women was through the workplace.

Since the issue affected at least half the population in some way, Wages for Housework was very successful in bringing different groups together. While some groups campaigned for financial independence, others connected with lesbian groups, sex workers and black women’s groups. Toupin notes an early awareness of intersectionality, as members included women who were oppressed because of their race and sexuality as well as their gender.

The strategy of defining housework as productive work also helped to cast light on many connected struggles for women: domestic violence was a direct result of the husband being the one to ‘discipline’ the houseworker. Other struggles included fights for adequate daycare as well as social care for the sick and the elderly. While women were doing this caring work for nothing, the state didn’t have to provide high quality social care. The strategy thus expanded to include all reproductive work, paid and unpaid, in education, hospitals, hotels, as well as sex work.

The movement’s earliest successful mobilisations were against cuts to family allowances in England and Canada. The campaign developed into one for complete social assistance, providing financial independence. Such support, it argued, would mean not having to work two jobs, or stay in a bad relationship with a man. There were also mobilisations around better reproductive health services, for rights to legal abortion and contraception. Toupin cites campaigns for better working conditions in factories, such as paid time to visit the doctor and shorter working hours.

In an ‘Afterword’, Toupin reflects on the current globalisation of reproductive work. For instance, poorly paid careworkers in the UK, forced to migrate from the Global South or eastern Europe, often have to leave their own children behind in the care of someone even poorer, in a never-ending cycle of exploitation.

Two contemporary interviews, with Mariarosa Dalla Costa and Silvia Federici, both credit Wages for Housework as an influence on their later work, which opened up into discussions of gender-based exploitation in other situations, including land enclosures and witch hunts.

It was inspiring to read summaries from writers I’d not met before. And because everyone has experience of housework, everyone also has a chance to see how capital depends on a huge amount of unwaged labour, which of course extends to many other contexts, not just the home.