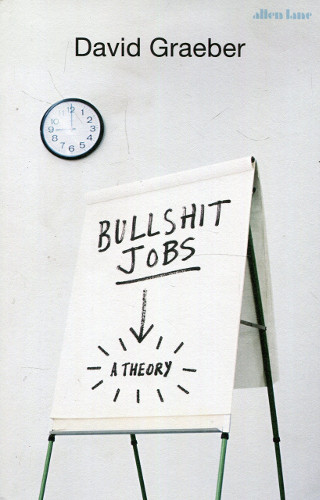 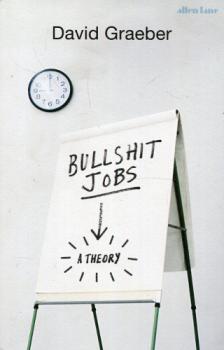 Originating in a 2013 essay for the radical magazine Strike!, David Graeber’s provocative book is an engrossing, if sometimes uncomfortable, read.

A professor of anthropology at the London School of Economics and an anarchist, Graeber helpfully works up a functional definition of what he considers a bullshit job: ‘a form of paid employment that is so completely pointless, unnecessary or pernicious that even the employee cannot justify its existence even though as part of the condition of employment the employee feels obliged to pretend that this is not the case.’

Though it is widely understood such positions were rife in so-called Communist societies built on the promise of full employment, such as the Soviet Union, Graeber contends that dummy jobs are also widespread – and increasing – in supposedly efficient neoliberal economies like the US and UK. He cites a 2015 YouGov survey which, amazingly, found 37 percent of respondents admitted their job did not ‘make a meaningful contribution to the world’.

Human resources consultants, communication coordinators, public relations professionals, corporate lawyers, academic and health administrators, lobbyists, telemarketers, private equity CEOs are just some of the occupations Graeber believes the world wouldn’t miss if they didn’t exist. ‘Shit jobs tend to be blue collar and pay by the hour, whereas bullshit jobs tend to be white collar and salaried’, he notes.

Graeber quotes liberally from eye-opening testimonies he collected via Twitter. They focus on these arguably unnecessary or socially destructive jobs, but also on jobs which involve so little work that the employee has to pretend to be busy for large parts of the day. These are two distinct, though no doubt related, phenomena which Graeber, frustratingly, often doesn’t seem to distinguish between. Nevertheless, he argues that both are a form of oppression – non-sexual sadism even – with very real deleterious psychological, physical and social consequences for the worker and for society more broadly.

This book is discursive and very readable on a topic that stands at the heart of most people’s lives, and activists would do well to engage with the persuasive – if sometimes infuriatingly unsourced – arguments that Graeber makes. For example, he supports a reduction in the length of the standard working week, and ends by highlighting how the introduction of some form of Universal Basic Income would probably significantly reduce the number of bullshit jobs, and therefore increase the general level of wellbeing in society.

Hopefully, this book will also prompt professional NGOs and grassroots activists to consider how their own organisations are run. How is the workplace organised? How are workers treated? And, importantly, does their organisation contain any bullshit jobs?