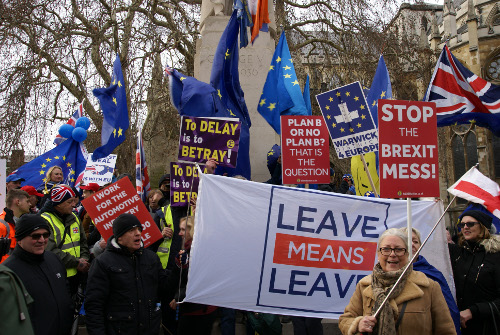 How to have difficult conversations (about Brexit) 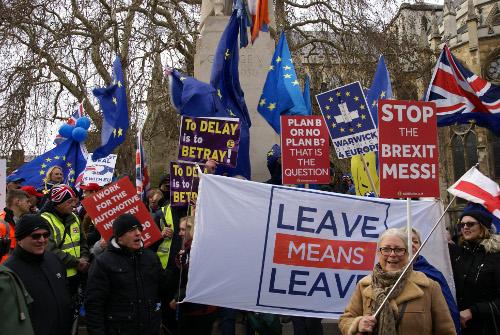 People who share progressive or radical values in lots of ways – who oppose the same wars, who are equally passionate about stopping climate change, who would all unilaterally ditch British nuclear weapons, and so on – are divided on the hottest topic in British politics: our relationship with the European Union.

Opinion polls have shown that since the EU referendum in June 2016, people in Britain generally have become more and more attached to their identities as either Leavers or Remainers.

Researchers Sara B Hobolt, Thomas Leeper and James Tilley found that, during the referendum campaign, Leavers and Remainers were both able to think of positive and negative characteristics for both groups. After the referendum, however, both groups became much more prejudiced towards each other.

When given some standard words to choose from, Remainers and Leavers both described each other as ‘hypocritical’, ‘selfish’ and ‘closed-minded’, and their own group as ‘honest’, ‘intelligent’ and ‘open-minded’.

In another piece of work, researchers Geoff Evans and Florian Schaffner asked whether people agreed with this statement: ‘when I speak about the Remain/Leave side, I usually say “we” instead of “they”’. The proportion of Leavers agreeing jumped from 44 percent to 66 percent after the referendum. The proportion of Remainers agreeing rose even more, from 33 percent to 69 percent.

They also asked whether ‘When people criticise the Remain/Leave side, it feels like a personal insult’. There was a large increase in agreement after the referendum from around 20 percent up to 42 percent. That’s a strong emotional identification with a Brexit-related identity, on the part of both Remainers and Leavers.

What does this mean for people campaigning for peace and justice and climate stability?

It means there’s a danger that we will harm our campaigns through our prejudices towards people on the other side of the Brexit divide.

Particularly with local, volunteer campaigning groups, our Brexit prejudices might put other people off joining or staying – and make our groups smaller than they could be.

Our Brexit prejudices might affect how we relate to the general public, and put off people who we want to support our campaign.

Even if we’re campaigning on Brexit itself, our prejudices on the subject may weaken our ability to persuade.

For example, there are Remainers who think that the Leave vote was based on ignorance.

There’s not a lot of evidence to prove that either way. One rare piece of research was carried out in early 2018, testing Remain and Leave voters on a 15-item ‘true-or-false’ EU knowledge quiz.

The voters were asked neutral questions (for example, ‘The European Council is the name for the highest court in the EU’ – false), and also questions that were ideologically-convenient to one side or the other. For example, ‘The UK currently pays more money into the EU than it gets back in the form of subsidies and other funds’ (true) is more convenient for Leavers. ‘More than ten per cent of British government spending goes to the EU’ (false) is more convenient for Remainers.

Sociologist Noah Carl summed up the results. Firstly, Leavers and Remainers on average did equally well overall on the quiz. They were equally knowledgeable about the EU.

Secondly, both groups gave the correct answer more often when the topic was ideologically-convenient for them.

This survey doesn’t prove that either Remainers or Leavers had all the facts they needed at the time of the referendum. However, this research could help us to see that, on both sides, our prejudices don’t just affect our views of ‘the other lot’, they also affect our grasp of the facts.

We’re not just divided, we’re prejudiced, and our prejudices make us selective about the facts we believe or ‘know’.

Here are some ideas for how to talk about Brexit in campaigning groups that aren’t specifically about Brexit. They may be helpful for other kinds of disagreement, or for talking to the general public about difficult subjects. Having challenging conversations in an atmosphere of mutual respect can help to make our groups places where people feel safe to express their views. That can make our groups stronger.

These suggestions are inspired by thoughts about ‘calling in’ explored by US activist Betsy Leondar-Wright in her book Class Matters and in an interview with us (see PN 2590–2591).